Tried following the Hendrickson hatch up the Upper EB - found bugs and rising fish but the first fish hooked, spooked the rest of the fish in the thin water.Moved downstream to where there was more water and found Hendrickson and paralep duns and spinners on the water and fish up eating on top! Will attempt to attach pictures of the two best ones (22" and 21").After two days of losing over half of the fish I hooked lady luck touched my rod hand and I landed eleven out of eleven. What a day. The big male shown in the second picture, just twitched a little bit when I was taking the fly out of his mouth.  I lost a pint of blood and turned the river pink washing out my handkerchief. The last fish,a 19 incher, got tangled around a large rose branch that was submerged in the pool. I took me several minutes to untangle the line (with two more cuts to my hands) before landing the fish that swam placidly around waiting for me to clear the line.  When it's your day - - - -There are still lots of Hendricksons on the two branches, spinners are happening sometimes during the hatch, sometimes in the evenings and sometimes early in the mornings it all depends on temp and the alignment of the planets.If you want to improve your chances of catching fish,keep away from the crowds - avoid areas of high boat traffic and if you aren't into rising fish or bugs, go someplace else (I fished three places in two rivers today). One of the big advantages in wade fishing is that you can always get in your car and drive farther upstream - boats can't dothat. 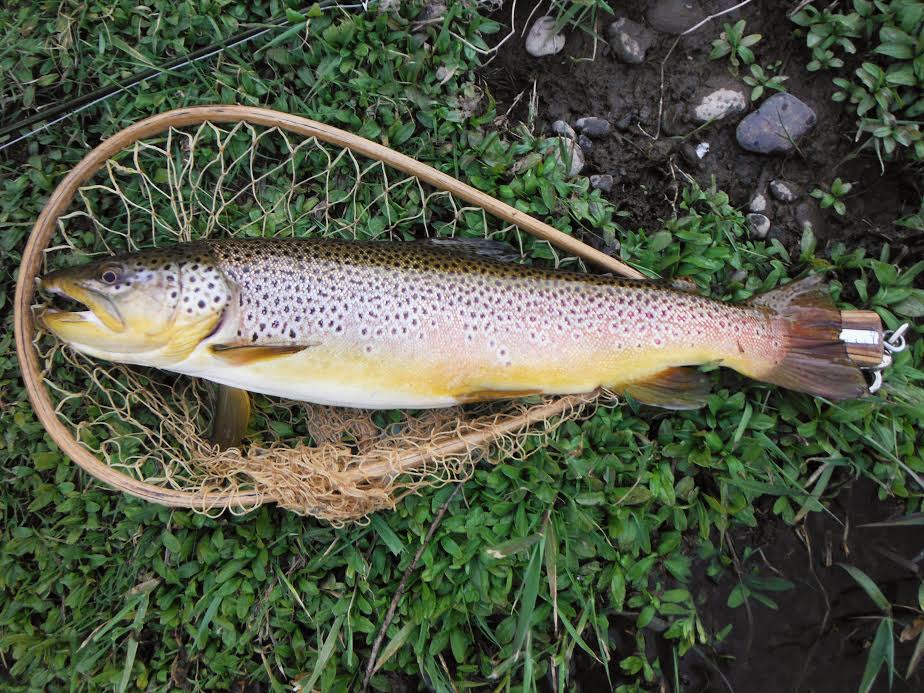