Too much time on my hands

Was uploading pictures from my camera and putting them in the "2015 trout" file when I saw a familiar face. The brown in the top picture ate the wrong olive on August 21st. He ate the wrong steno back on August 11th (bottom picture). I guess it's a good thing he lives in the no kill. (If you have any doubts about it being the same fish,compare the spots on the gill cover).

This morning I opted for solitude.  With the water temp in the low sixties I fished a two riff stretch of the big river. In four hours of fishing I saw an eagle, a doe and her fawn, one kayaker who was paddling upstream, and a aluminum boat powered by an electric motor with an elderly couple in it moving downstream. Was tempted to holler at the kayaker that it would be easier going downstream but neither of us seemed to want to break the silence.  We both waved at the same time and he was on his way.

The fishing?  Never saw a rise except to my fly.  Rose eight, hooked seven and landed but two.  The fish won this one.

They swept the doubleheader when I elected to try another downstream spot on the main stem in the evening. Saw a few splashy rises, got one refusal and hooked and landed a nine inch fall fish. If you're planning on fishing the main stem this weekend stay above Stockport. 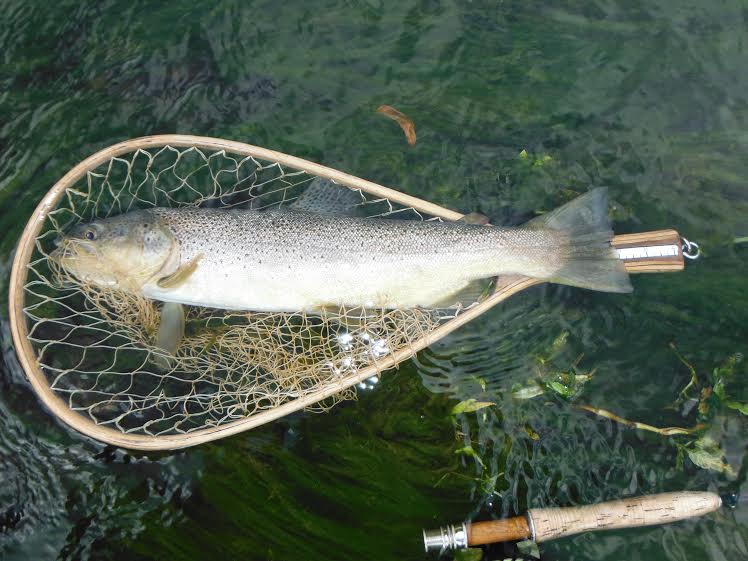 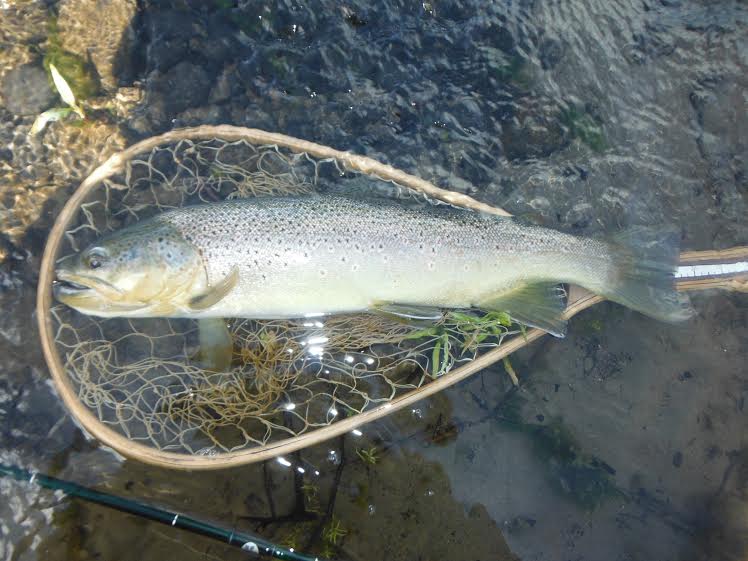