With the lawn mower fixed and the lawn cut, There was no excuse for not taking a trico trip. So I did. It wasn't cold but there was heavy fog and until it burned off the temp hung in the low 60's.  This was enough to keep the little rascals pumping their wings and staying aloft. When the fog burned off the temp skyrocketed and the tricos crashed. The trout were ready and waiting. They paused only when the resident eagle flew up or down the river. They gulped trico spinners from ten 'til one. Enough of them made bad decisions to make it a fun and productive morning / early afternoon. The rest of the afternoon was spent replacing lost tricos.

Went out again about five with the temp still well up in the eighties. Fished a run on the upper east that I haven't fished all year. Perhaps I got there too late as there were fish going when I arrived.I hooked and landed the "fish of the day" (see below) and another nice fish right off the bat. Then things quieted down, the fog settled in so thick that you could hear rises you couldn't see. Was back in the car by about seven, heading back to the camp in the daylight. 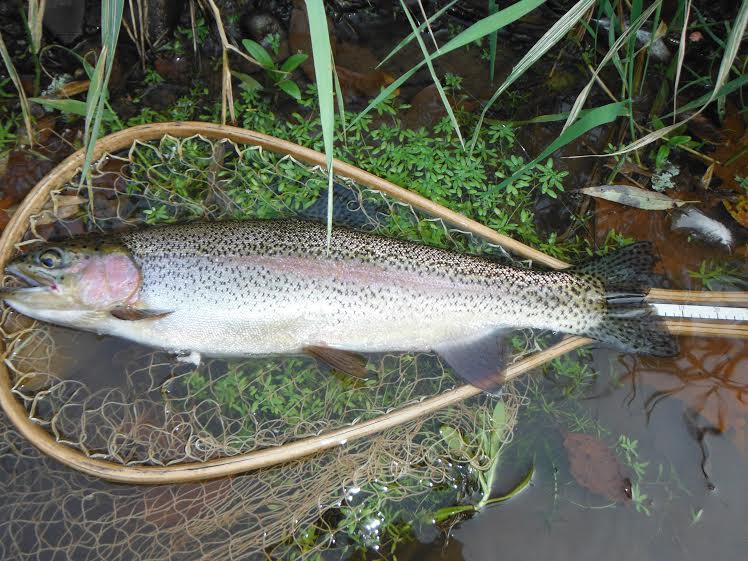