An Afternoon on the Ocmulgee River

Yesterday afternoon I headed over the border a couple hours into Georgia to meet up with James Pressley to search out rumors of shoal bass on the Ocmulgee River.  James had recently picked up a Native Mariner and was ready to get it wet in the river. 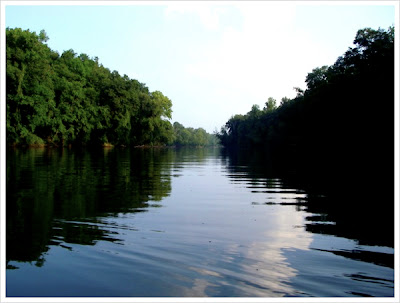 The Ucmulgee River was a really excellent float and though there were promises of shoal bass we couldn't find a single one.  I'm not sure if it was the week upon week of one hundred degree summer heat or what but the shoalies were no where to be found. 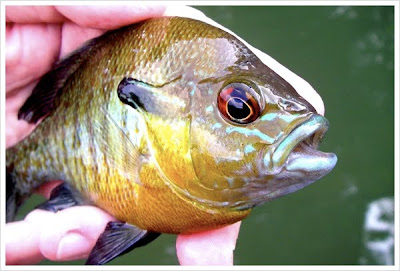 Again I have to thank the feisty bluegill for stepping in and keeping me from being thoroughly skunked.  They happily rose to several different foam offerings and put a nice little bend in the Eagle Claw Featherlight I was using. 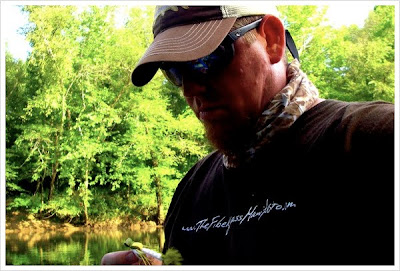 A Mr. Manifesto "self portrait" while changing flies which happened a lot since we were trying to crack the code of the Shoal Bass. 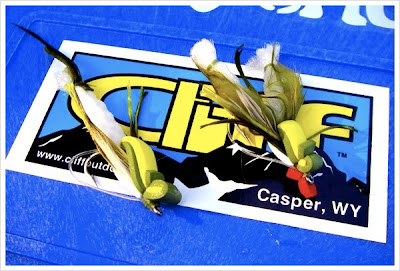 Even though I didn't get a big tug on them, I fished two new flies from Idlywilde Flies that are sure to be favorites in the big blue box.  Price's Warmwater Whammy and Mississippi Mudflap both float like corks and have a really great action in the water.  I still don't know why a shoalie didn't come up and eat.  These look tasty! 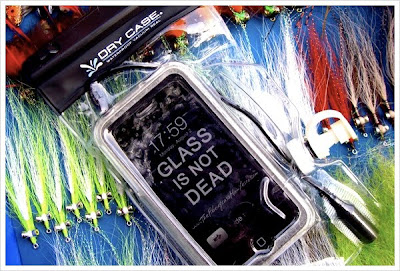 I was able to use the new DryCASE waterproof case for the iPhone (and other electronic gear) and am very impressed.  I certainly didn't have to worry about the iPhone getting wet and could still use the touch pad since all the air had been sucked out of the bag with the included pump. 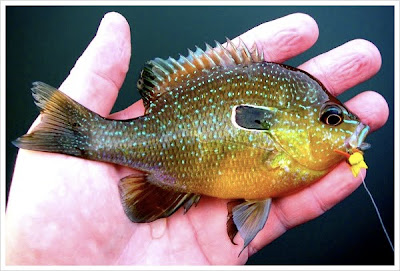 I am always downright amazed by the beauty of the various type of bluegills. 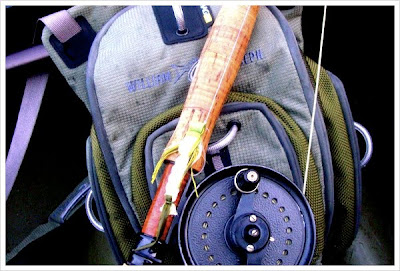 I had anticipated being in and out of the kayak and brought along the William Joseph Current pack to use when wading.  This pack is just big enough to carry all the essentials and I can't say enough about the MAG system.  Using magnetic closures instead of zippers is a very slick and effective way to access pockets.  Also along for the trip was the William Joseph Conduit gear bag which is also from the MAG Series and is perfect for carrying everything needed for a day on the water. 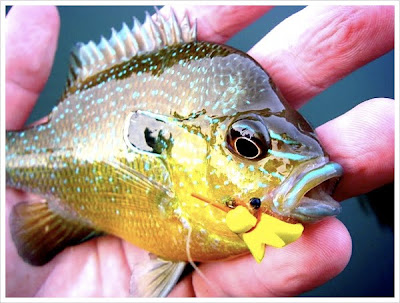 It was to difficult for this fellow to pass up a yellow foam bug floating over his head. 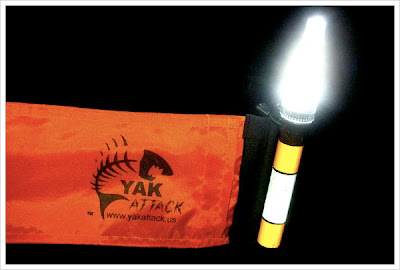 We floated the last mile or so in near darkness and the YakAttack VISICarbon Pro came in handy.  I'm sold on this light for both day and night time use.

After packing up the kayaks in the Element and shuttling James's kayak and gear back to his truck, I headed towards the interstate to gas up, grab a burger, and drive several hours back home.  Getting home at 12:30 in the morning made for a long day but it was good to kayak fish a few miles on a new river with a friend.