An Epic Night of the Hex

I spent last night packing up the Element for our annual July 4th trip home to Michigan.  As I was putting the fly gear together I was reminded of a quick trip on last year's trip to the upper Manistee River that ended up turning out nothing short of epic.  I am a little sad that there won't be time for a return visit this summer but looking over these photos are a good reminder a night well spent. 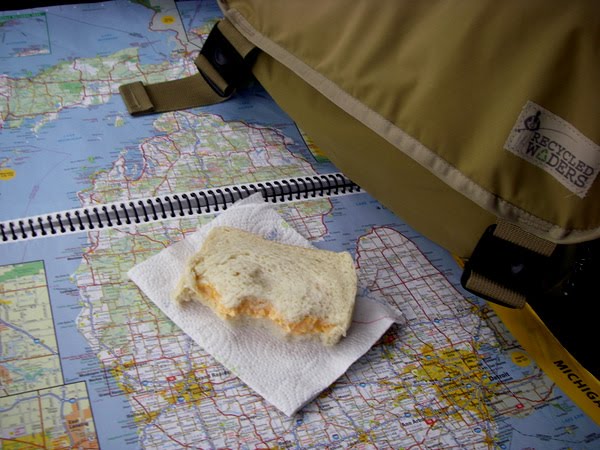 Somehow I was able to sneak away from the lake house on a Sunday afternoon leaving behind Mrs. Manifesto and the children with my family.  I made a couple pimento cheese sandwiches for the road and headed north to Grayling. 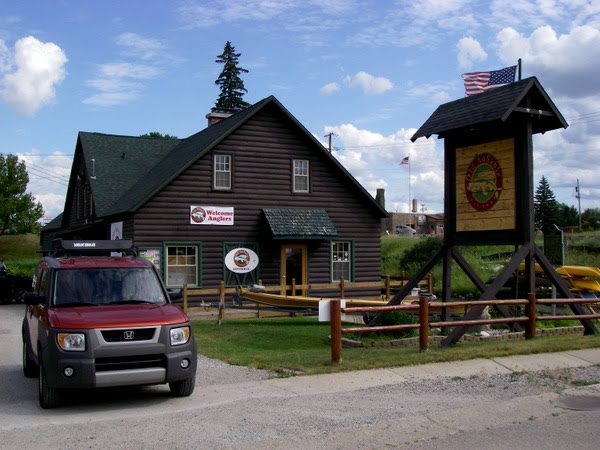 While on my way I traded text messages with Spencer on where we should meet and called ahead to the Old AuSable Fly Shop to make sure they would be open still when I arrived.  The fellow at the shop said that they were about to lock the doors and since I was a good hour away he took my information over the phone and had a dozen flies hidden outside the shop waiting for me to pick up.  (I know the shop has changed names and hands over the past few years but there is good karma in that building and the people that work there.  I've always been impressed.) 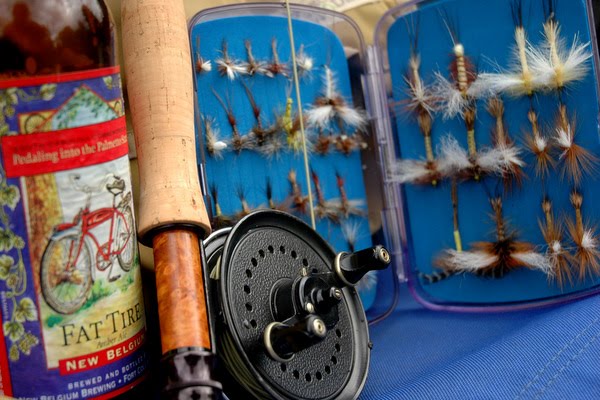 Spencer and I met on the river a couple hours before the sky went black and waited out the night together.  We had to fight temptation not to cast flies to the smaller fish that were rising all around us.  With the hex game it seems like you go big and wait for the big bugs to show at dark...or if they don't show, and there is a good chance they won't for whatever reason, you've just spent three or four hours waiting for nothing. 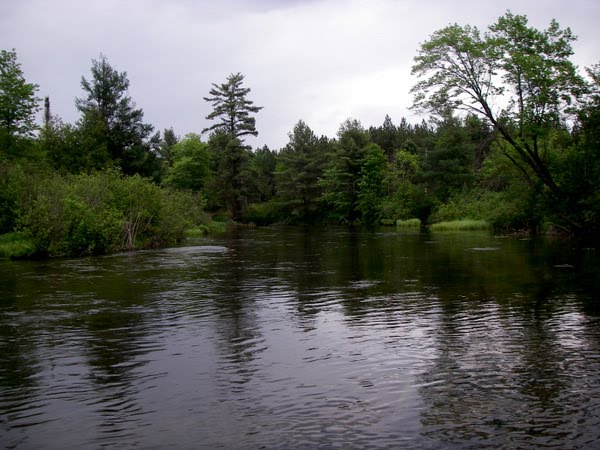 At least the scenery during the wait is stunning.  There are few rivers as beautiful as those in northern Michigan.  I learned to fly fish on the Manistee River and Au Sable River and these sweet tea colored waters still flow through my veins. 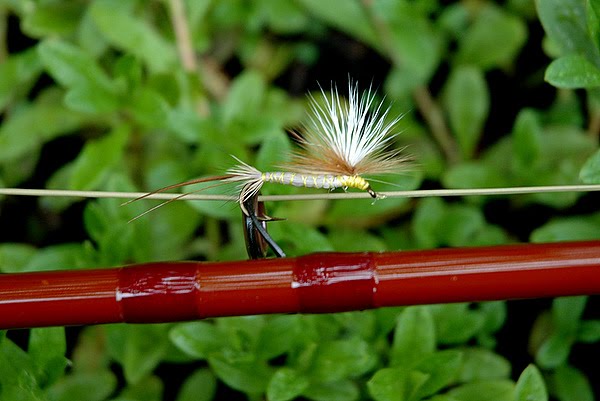 As evening was fading into night I tied on a classic Michigan hexagenia pattern which I hoped with tempt a gulper  As the last light of the evening was fading we began to see large mayflies in the air and within minutes could hear the loud riseforms of several worthy trout across the river from where we were waiting them out.  As they rose time after time it sounded like someone was tossing billiard balls into the water there was such a flush. 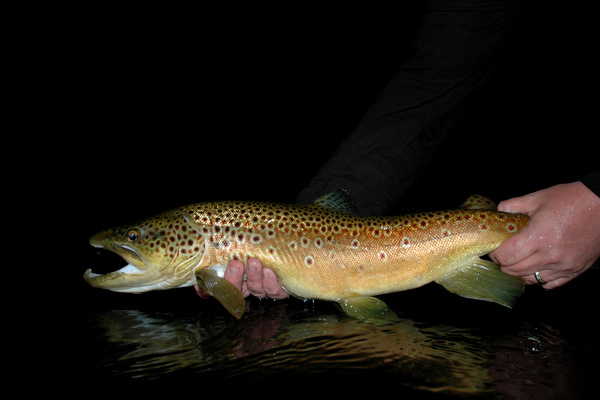 Since Spencer had been fishing all week he allowed me first try and I quietly waded into the middle of the river to cast to the large rising fish.  First take was an eighteen plus inch brown that came unbuttoned early into the fight but not before several deep head shakes and leaving the water.  We saw his body arc in the air in the light from our headlamps.  Minutes later this twenty-two inch beast made my night and put a very serious bend in the McFarland seven weight glass rod that I was fishing. 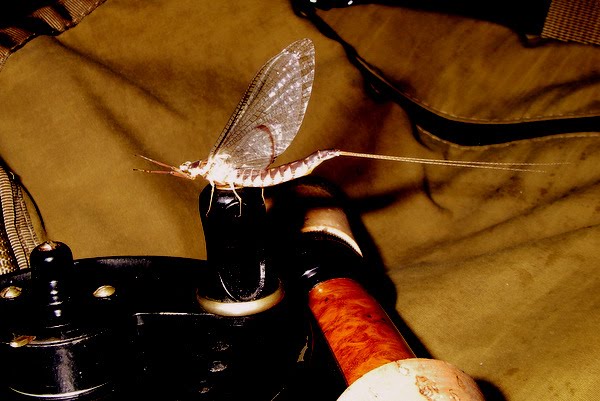 What all this madness is about...the Hex.  The waves of hex in the air ended about two hours after it began.  I drove the three hours back to the lake house tired but completely satisfied.