Close
Home / News On The Fly / An Evening Of Tenkara

An Evening Of Tenkara

Yesterday afternoon Walker McKay and I had a chance to meet up for a quick evening session on the Saluda River to break in his new Tenkara USA Iwana. I also brought my tenkara rod along but ended up talking with Walker and snapping images while trying to figure out how we might catch a trout or two from the river. 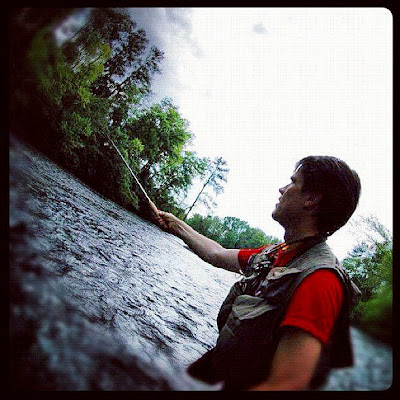 My suggestion was to swing soft hackles which brought a few strikes but nothing to hand.  Oh well.  It was a great night to be out if nothing else. 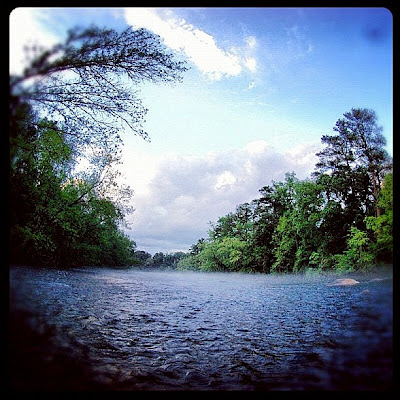 An early evening storm pushed us off the water for a half hour but the skies opened up with blue sky again until dark.  The Saluda River is certainly picturesque with lush foliage and Spanish moss dripping from the trees but the sounds of the city are always present with sirens, traffic and trains a constant reminder that this is an urban fishery. 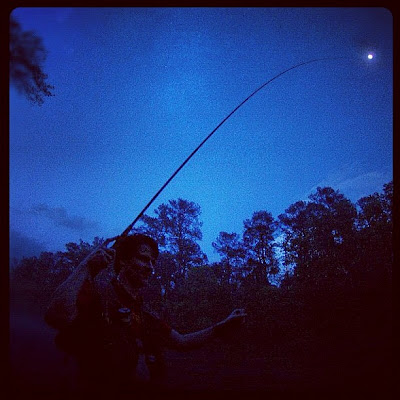 Near dark a mix of midges, caddis, and mayflies came off and a few trout could be seen and heard rising.  Walker worked a bushy dry fly through a few riffles and ended up connecting with a decent trout before we walked out from the river.

A great night out even if the trout weren't as cooperative as we had first hoped.  We'll be back soon for sure.