Anatomy Of A Dave Whitlock Autograph

A couple years ago I met the Dave and Emily Whitlock at the Fly Fishing Show in North Carolina and on the drive home kind of kicked myself for not purchasing one of Dave's prints.  At the shows he will typically take a few minutes to autograph and sketch a bit in the corners on prints that are purchased to further personalize them.  Knowing that the Whitlock's would be at the Somerset show I had already made up my mind that I wanted to purchase one of Dave's prints as long as I could carry it home on the couple flights home from New Jersey to South Carolina.

Friday when I arrived at the show I spent some time at the Whitlock's booth flipping through the stacks of prints and found one with a carp and smallmouth in the shallows that immediately made me think of Beaver Island.  Dave was incredibly busy just then and I planned on coming back by later in the weekend.


The pace of the show was a little slower yesterday morning and I went back to the Whitlock booth to find that the print was still available and then asked Dave if he would sign it for me.  We had a fun conversation about fishing for carp on the fly and that this print was inspired from his trips to the northern Michigan coast.  While Dave sketched and colored I snapped a few photos that I thought would be neat to share what a Dave Whitlock autograph entails.  It's definitely impressive to see him work. 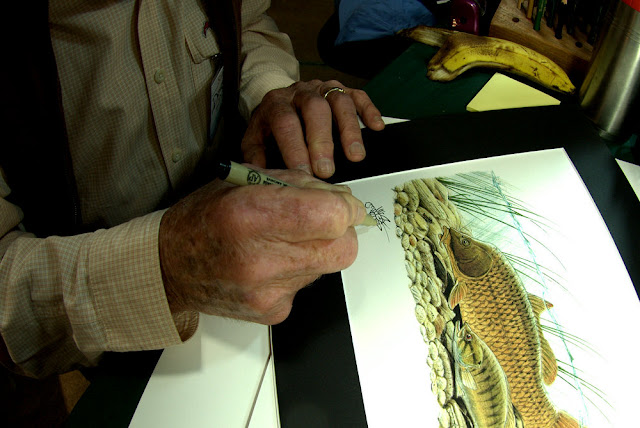 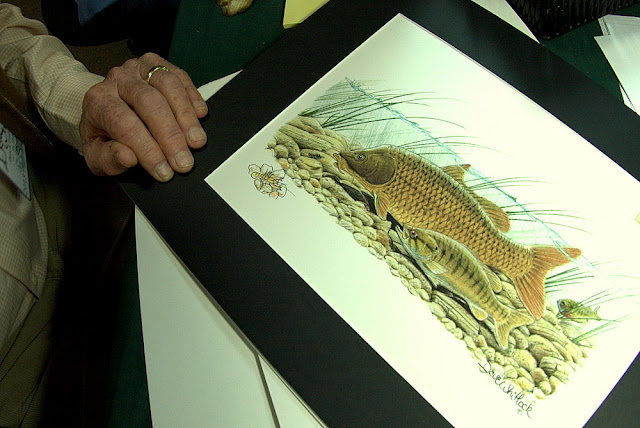 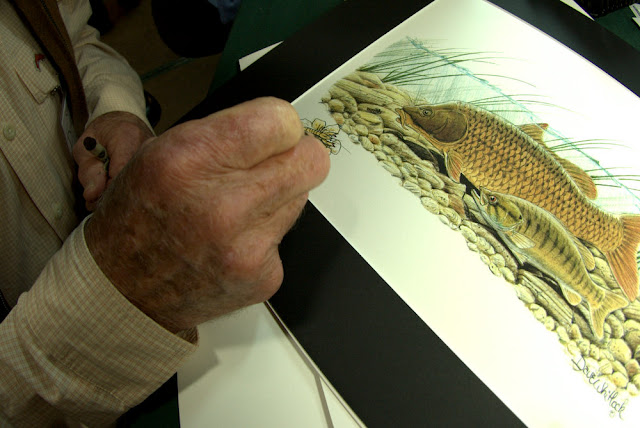 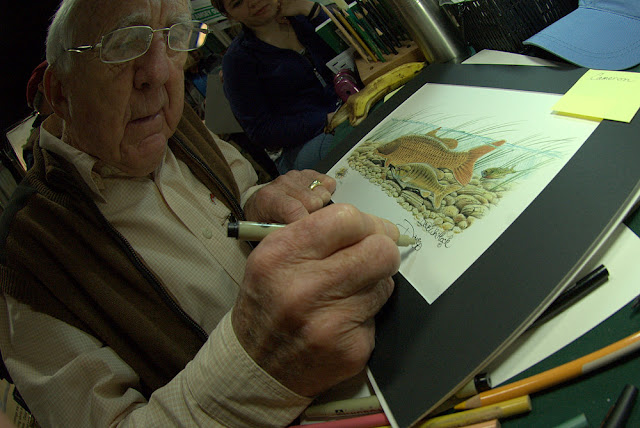 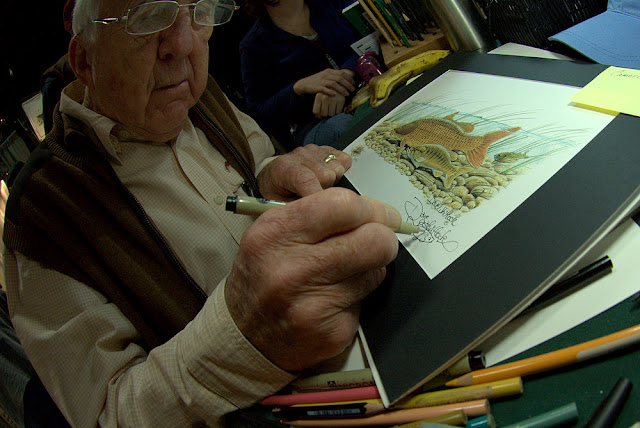 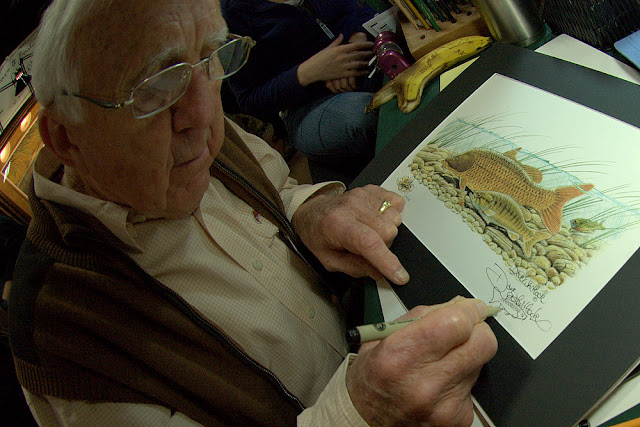 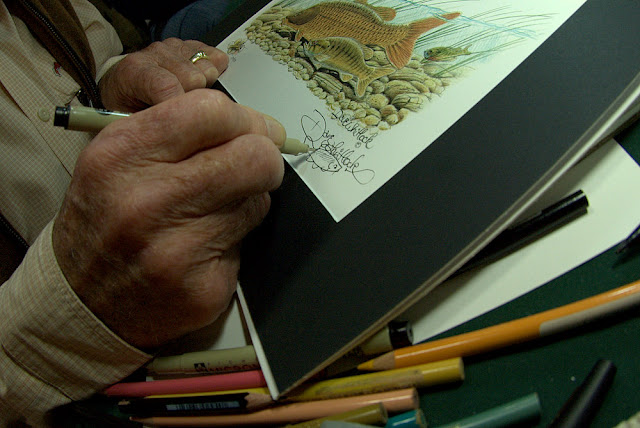 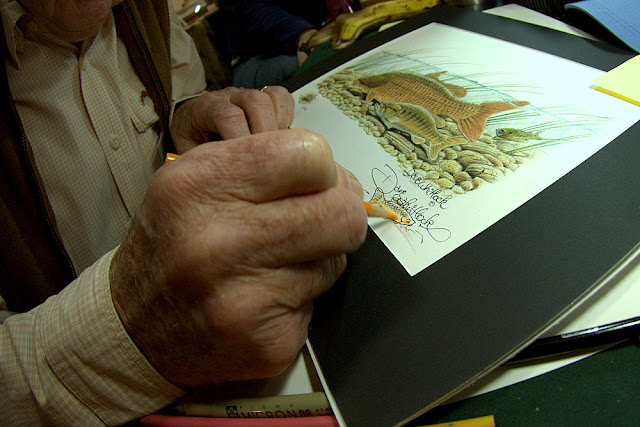 Dave and Emily Whitlock are by far some of the nicest and most genuine people in the fly fishing industry and I am honored to add this special piece of artwork to my collection.

For further reading check out this previous T.F.M. post about my last experience watching Dave Whitlock create his artwork and autographing prints along with one of his books that a fellow brought to the show with him.