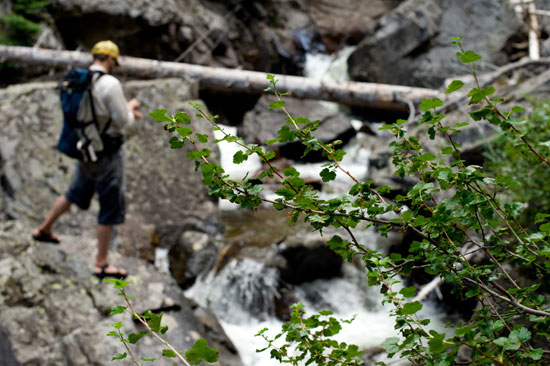 In mid-June, anglers from all across America dropped everything and picked up their phones, calling their senators on the Senate Appropriations Committee. The message: Don’t scuttle the proposed rule that will restore protections to the nation’s headwater streams under the Clean Water Act.

The EPA and the Army Corps of Engineers proposed the new rule this spring, and it’s presently in the public comment stage. The rule was drafted in response to a pair of Supreme Court rulings in the 2000s that found these streams to be unprotected under the Clean Water Act because there was no proven nexus between the seasonal and ephemeral headwater streams and the navigable waterways that do enjoy Clean Water Act protection. Since then, the EPA has proven, scientifically, that these small streams do, indeed, have a true connection to our nation’s navigable rivers and streams—hence the new rule.

However, a handful of senators on the Appropriations Committee tried to attach a rider to a spending bill that would have scuttled the EPA/Corps of Engineers rulemaking process, tanking the rule altogether and cutting the Clean Water Act off at the knees.

America’s anglers mobilized. A last-minute rallying effort by Trout Unlimited and other conservation organizations spurred phone calls to the members of the Senate Appropriations Committee, and plans to attach the rider were abandoned. Anglers and those within the fishing industry can claim a momentary victory in the effort to restore protections to America’s headwater streams—streams that provide vital spawning and rearing habitat for trout and salmon and countless opportunities for backcountry anglers.

But the fight’s not over. Shortly after the rider was abandoned, a group of 30 Republican senators introduce a brazen bill to kill the EPA/Corps of Engineers rulemaking process altogether.

“Instead of inappropriately using a funding bill to derail clean water rules, critics should participate in the public process to make the rules better,” said TU President and CEO Chris Wood. “The point is not to regulate a farmer’s ditch or farm pond. We only want to restore the application of the Clean Water Act to waters that were protected for the first 30 years of the Clean Water Act’s existence.”

Anglers must remain diligent, Wood said, and call or write their state’s senators asking them to allow the rulemaking process to play out.

“Whether you fish for brook trout in the headwaters of the Chesapeake Bay or cutthroat trout in the Rockies, or are just one of the 3.9 million people who get drinking water from the streams that would be protected by this rule, please make your voice heard,” Wood said.