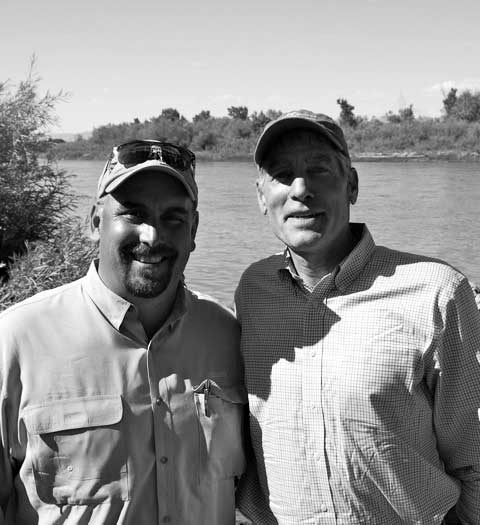 Angling Trade editor Kirk Deeter recently had a unique opportunity to float on the Colorado River with Senator Mark Udall (D-CO).  The three-hour interview opportunity revolved around the budget debate, its impact on conservation programs, and how the outdoors and outdoor businesses are keystones in the economy.

It’s a common perception/misnomer that conservation work and government spending on public lands and public resources is an almost “philanthropic” deal… like a donation… a nice thing to do.  And in this day and age, with a giant federal deficit, and fragile economy, some say the government can’t afford that kind of “feel-good” spending.

Udall disputed this notion, saying, “The outdoors is a major economic driver, and if you focus on the long-term economy, investment in public lands is critical for jobs.”

For example, the second largest economic driver in Colorado is hunting-fishing—second to skiing (another outdoor business).  That’s bigger than all the cattle ranching, all the oil and gas development, the telecom and biotech, etc. interests in the state.  The same is true in many other Western states.

“And our outdoor resources drive international tourism, domestic tourism… the only way these economic drivers go away is if we neglect them,” said Udall. “You can’t outsource this river (the Colorado River) to China.”

Udall emphasized that people with a vested interest in natural resources, and access to public lands (read every individual and business in fly fishing) “should be vocal in reaching out to their national legislators in defense of conservation programs, and other initiatives that promote the outdoors.  (You can bank on the fact that other interest groups, e.g. energy development, agri-business, etc. are doing so with great frequency).

Here is one major issue to focus on:

The Land and Water Conservation Fund (LWCF) which was specifically created as a trust fund that uses offshore mineral lease revenues to buy land for hunting, fishing and outdoor recreation. Created in 1964, it has only been fully directed toward it’s intended purposes twice since it was established.  In 2011, it was slashed by 33 percent.  That said, full funding for LWCF is one of the issues being championed by Senator Udall. LWCF is also the most likely conservation “win” in the offing, as it does have wide-ranging bipartisan support.