Though beyond the capacity of my piggy bank right now it's still interesting to see the latest Hardy St. George fly reel and better understand this reel series history and connection to the Royal Family of England. 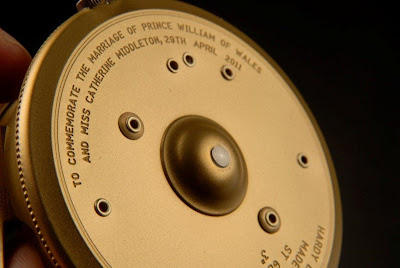 "From the Hardy press release...  "The Original St. George reels were produced in Alnwick from 1911 until 1983 and the fact they were produced for so long proves that they were amongst the finest fishing reels ever made.

This engraved commemorative Gold edition is produced in a limited run of 100 reels, to celebrate the wedding of Prince William of Wales to Miss Catherine Middleton on 29th April 2011." 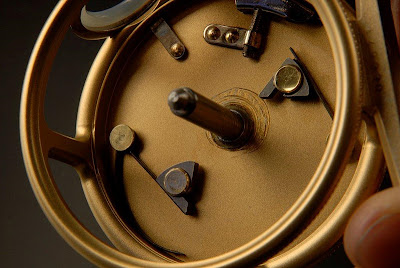 "Named after St. George, Patron Saint of England, the first model in this long running series was a 3 3/4" trout reel, weighing only six ounces. It was not just an incredibly lightweight reel for its day - it was also fitted as standard with such innovative features as a circular agate line guard and a compensating check.

For the Hardy collector, the original St. George is considered something to behold and highly sought after."

The St. George Commemorative Gold Edition fly reels are being made in the Hardy Factory in Alnwick, England and will be available in April for order.