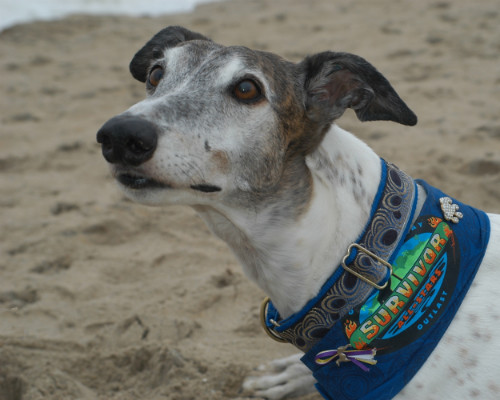 "One Handsome Greyhound"
The word osteosarcoma is all too familiar in greyhound circles, where pet parents mourn the loss of thousands of beloved dogs each year. But there is hope in the fight against this deadly disease: The ongoing innovative research that will lead to new treatments and, ultimately, a cure.

It has long been known that some breeds have a predisposition to develop certain cancers—such as osteosarcoma in greyhounds, golden retrievers and great danes.

One promising study tests rapamycin, a drug used with human cancer patients, in treating dogs with osteosarcoma. This bone cancer clinical trial is shepherded by the Comparative Oncology Program at the National Cancer Institute’s (NCI) Center for Cancer Research.