Places With No Names - Summer School

As I was in the truck driving out of "Hopper Heaven", a voicemail that popped up on my phone from Guide Scott Schroder of the Fly Shop of the Bighorns saying to give him a call.  I waited until I was back in Sheridan before ringing Scott up and he answered with a friendly hello and laid out the plan for the next day.  We'd meet early at the fly shop and get to the river not too far away accessing a stretch of ranch lease water that Rock Creek Anglers has access to known to hold some solid brown trout.  There was a worry about rising river temps with the very warm daytime temperatures which was the reason for the early start.  No problem as I'm up early each morning anyways. 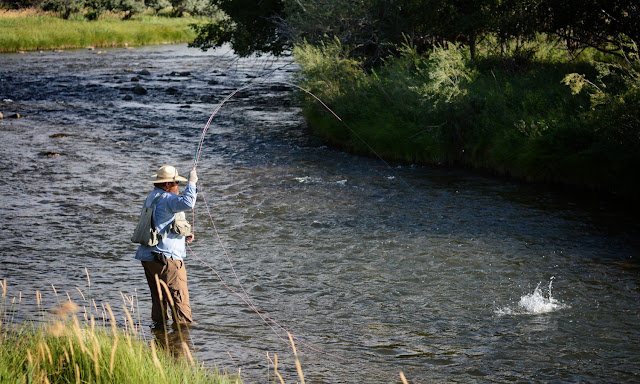 The next morning I was at the shop at 7 a.m., shook hands with Scott and loaded my gear into his propane powered pickup truck.  The drive to the river gave us some time to get to know each other, finish breakfast and coffee, and build up some anticipation for the day.  I found out that Scott has worked summers as a guide for the Fly Shop of the Bighorns for quite a few years and spends the rest of the year in the classroom as a teacher at one of the nearby schools.  It's not a bad way to break up the year and Scott's on the water a lot over the summer months.  Good guides are often times teachers to the anglers that they fish with and I liked Scott's style a lot.  Teach me, Teacher.

The plan for the day was hoppers and small attractor dry flies but Scott's suggestion to drop a simple stonefly nymph off the back ended up being genius as most of the trout we caught just couldn't pass up the dropper.  Scott did have a great eat on a dry fly to start the morning with a large brown trout coming up for breakfast but more times than not the stonefly was the choice of the day. 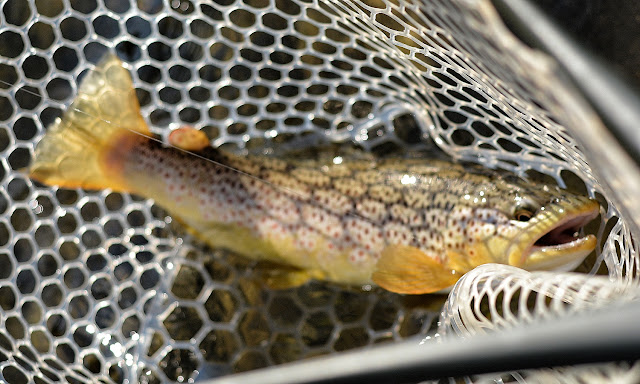 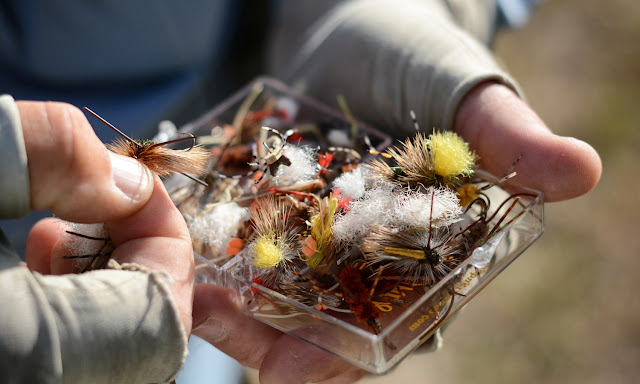 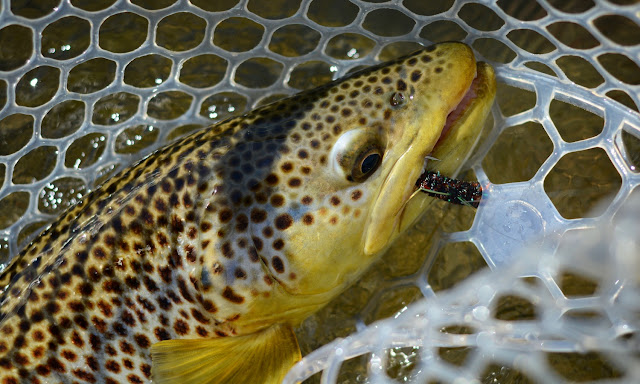 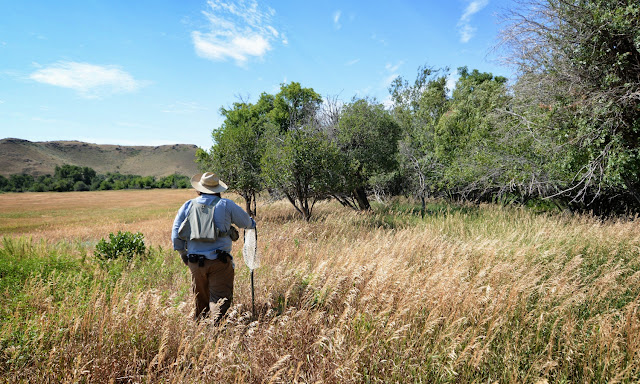 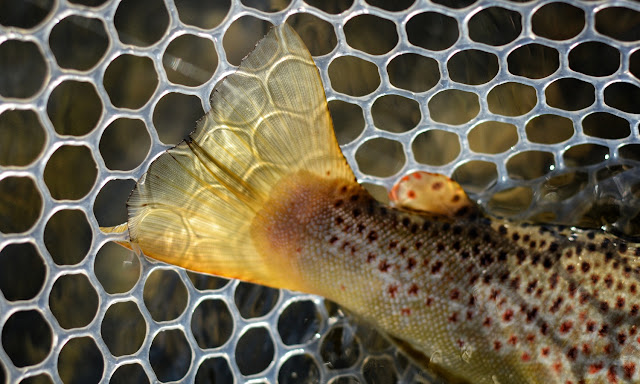 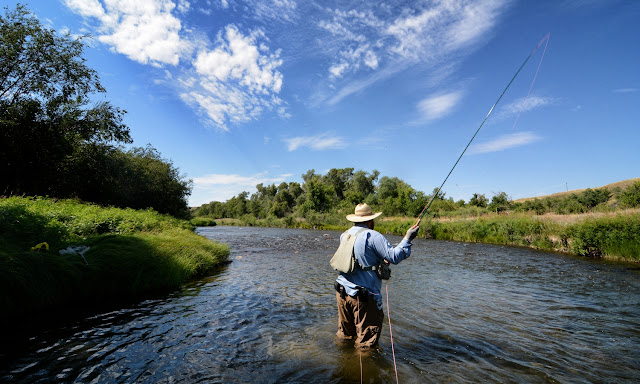 If there was something that I noticed with the two days that I fished Rock Creek Anglers private water access, is that the guides are very aware and mindful of everything related to the property.  Scott's focus through our day was the water temperature and made sure as we moved run to run that he was using his thermometer to see where we were at.

By early afternoon it was time to call it quits but that just meant that we circled back to the truck to enjoy a great lunch under the shade of the trees.  The ranch owner, a spry eighty something year old woman named "Honey" rode up on her four wheeler (after she had already been on horseback for several hours to check on the cattle) and talked with us for a bit.  A few minutes later her son spent over an hour talking about their property, the cattle, and how things had changed over the years but seemed to be circling back to more and more small independent ranches like they were running. 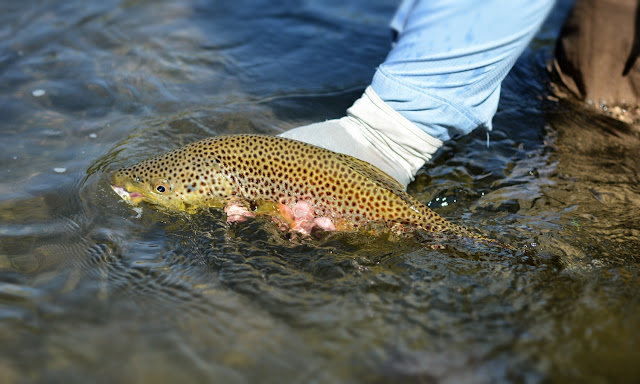 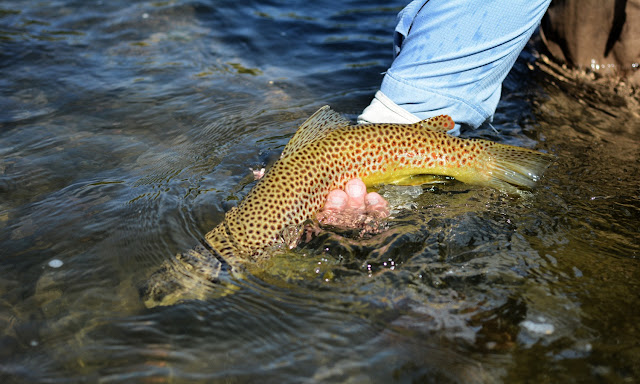 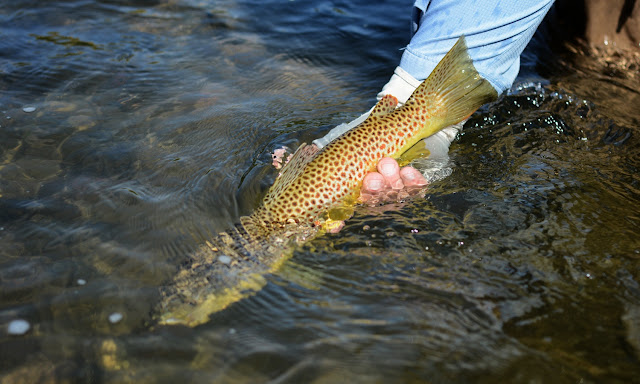 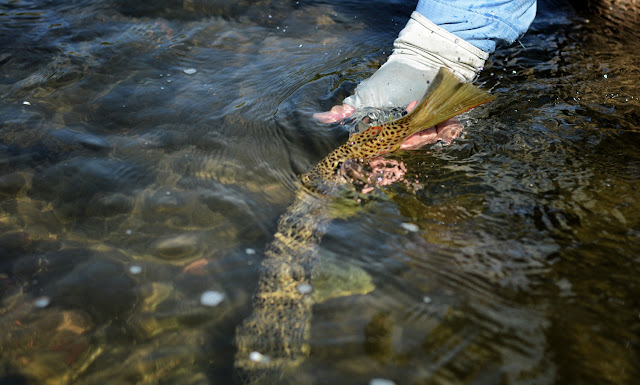 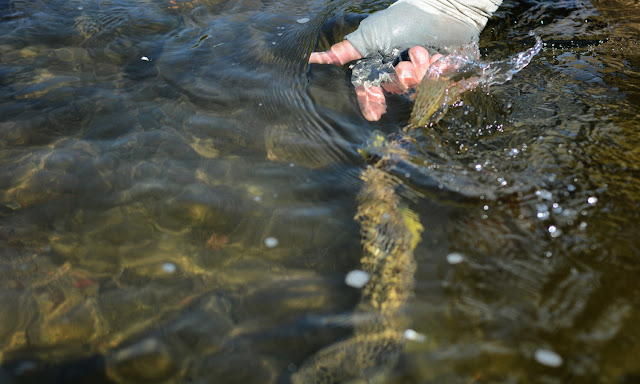 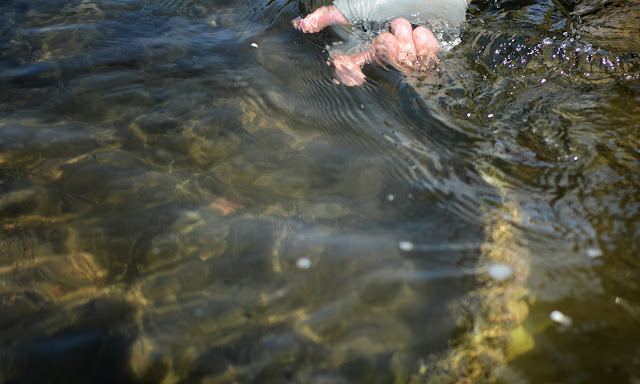 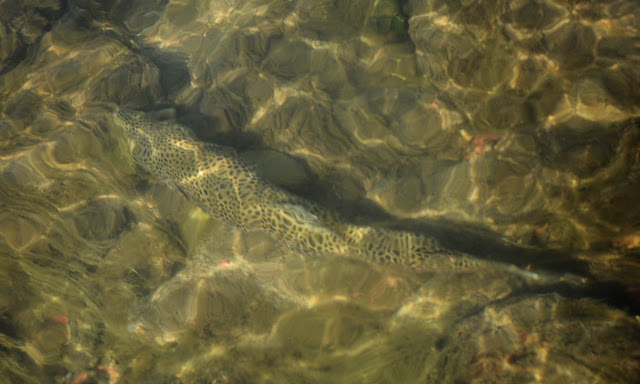 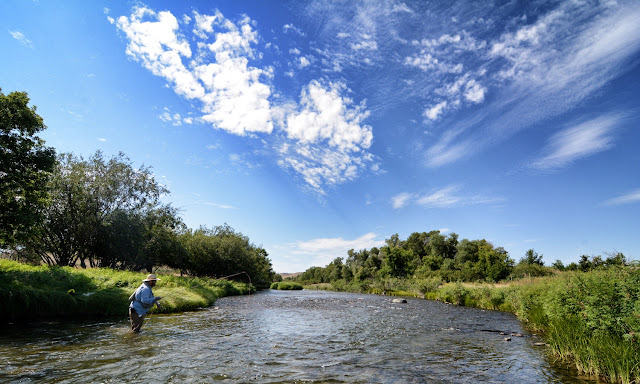 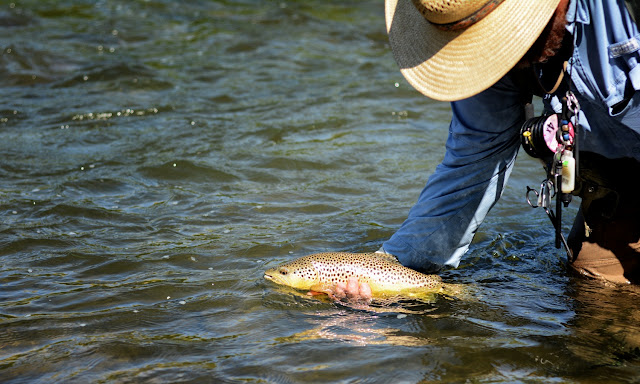 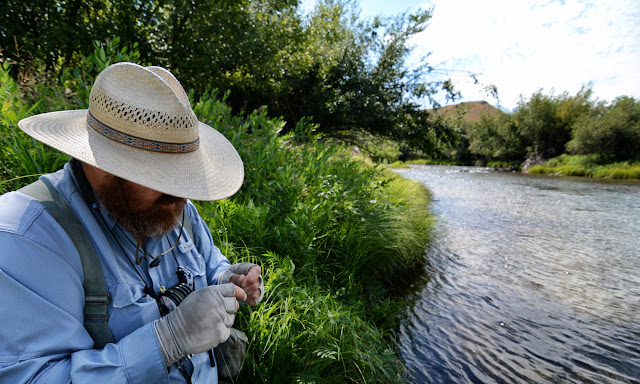 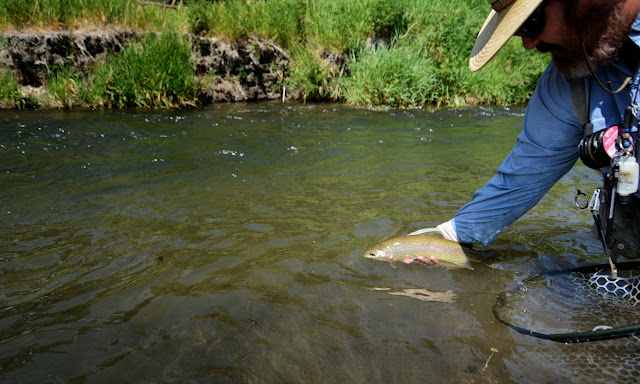 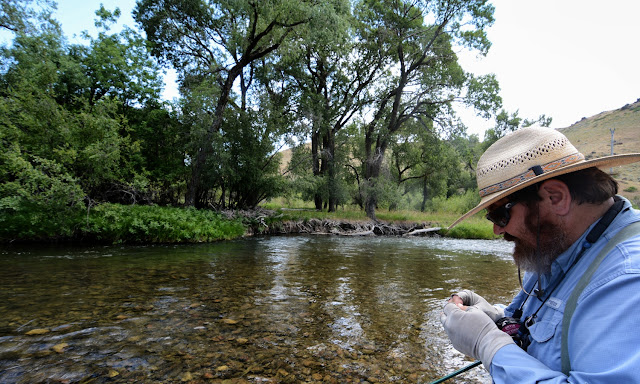 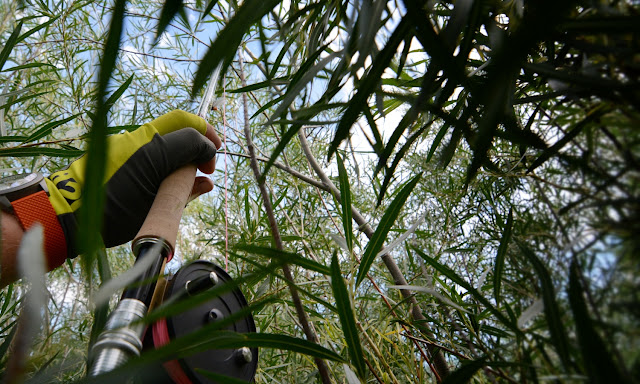 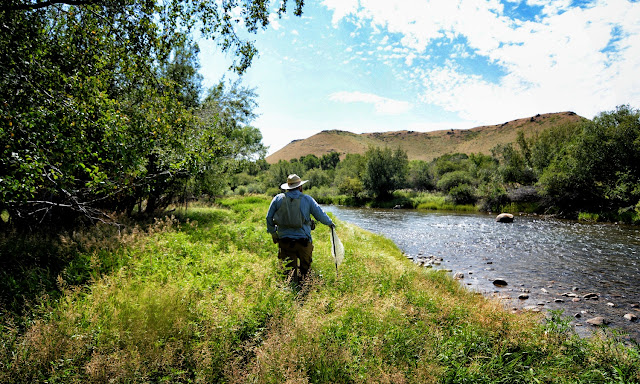 This was completely different country than the day before but no less impressive.  It's a little mind blowing to think about family ranch properties in terms of hundreds or even thousands of acres, and to have a quality trout stream following through it makes for a very special experience.

I had a great time with Scott and it was very evident how much he enjoys his summer job as a fly fishing guide.  It was also neat to put a glass fly rod in his hands and see him pick up several excellent trout while I played behind the lens.

GEAR NOTES - I was looking for a good excuse to use the late prototype Thomas & Thomas Lotic 7'10" five weight that had been sent right before leaving on this trip and this day was a good one to run it through the paces.  The T&T Lotic was paired with a Douglas Outdoors Argus (non-ported) fly reel and 406 Fly Lines Casting For Recovery 5WF fly line.

The Lotic casted wonderfully with the dry fly and but struggled just a bit with a hopper and heavy stonefly on long casts.  Understandable and I'd likely use a different fly line if I was going to hopper/dropper again.  Otherwise, the Lotic is an interesting departure from the Heirloom series of fly rods with a crisper action but still maintains a very fiberglass feel.  It will be interesting to see the final model listing and cosmetics for the Lotic fly rods as this late prototype was a Heirlom (green blank with maroon wraps) in disguise.