Close
Home / News On The Fly / SB 10 Passed, Acknowledging the Need for Fresh Water in the Everglades

SB 10 Passed, Acknowledging the Need for Fresh Water in the Everglades 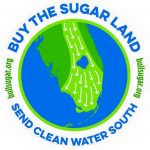 What does passage of this bill really mean?  (Hint: don’t break out the champagne just yet.)  Here are the details from Bullsugar.org

On Wednesday Senate Bill 10 to build an EAA Reservoir passed on the Senate Floor 36-3. We are enormously grateful to state Senators Joe Negron, Rob Bradley, Jack Latvala and Jose Javier Rodriguez for doing everything they could to create the best bill that was possible given sugar’s aggressive opposition.  But Bullsugar is not breaking out champagne on SB10’s passing.

After 20+ years of effort by countless people, we should pause for a moment and be happy that finally we won something, and that we finally have some measure of recognition by Florida lawmakers that, yes — we have a serious problem with our water management, and the solution is to store, treat and convey clean water south, rather than dump it east and west. But after SB10 was whittled down by Big Sugar’s arm-twisting, especially of Senate Democrats, what exactly did we get?

We’ve basically got permission to build a (smaller) reservoir, on our own land, that sugar will try to use when we need it most. Planning will still be delayed for over two years. Most importantly, if it’s not enough storage (and it won’t be), good luck getting more, because the state prematurely terminates the US Sugar option and prohibits eminent domain.

In 2017, this was the best bill we could get?! The stars were aligned for us: with the Senate President making it his top priority, an unprecedented level of unity across the state thanks to #NowOrNeverglades, Amendment 1 money available — and last but not least, painful fresh memories of both toxic green guacamole on beaches and a 50k seagrass die-off in Everglades National Park in the last year.

And now in the Florida House where the companion bill HB761 has stalled, our old friend Matt Caldwell (who called us “vulgar” for pointing out that 96% of his donations came from special interests especially Big Sugar), says, “This is a good starting point.” Really?! Good lord. If they change that bill in the House, it had better be to add more capacity to the reservoir or start the planning sooner. Anything else is not worth the paper it is written on.

Regardless of whether this bill makes it through the house or not, we need to all focus on the fact that Big Sugar will never be on our side. Big Sugar is against CERP. They’ve taken our best attempt at peaceful co-existence and stomped on it. We need to recognize that they are not just part of the problem, they are most of the problem, when it comes to Everglades Restoration (CERP) happening too slowly, or maybe even failing.

It’s also important to say something at this moment of supposed victory about the South Florida Water Management District. The SFWMD has always been cozy with the sugar industry, but in the last couple years they have gone off the rails. Their personal attacks on scientists and environmentalists who disagree with their positions are unprecedented and outrageous. Keep in mind, only 7 years ago they held the same views as the very scientists they are now attacking! What has changed, we ask — the science or the composition of the SFWMD board? We maintain that the SFWMD has become a dangerous, powerful agency completely captured by the sugar industry, and not working in the interests of Florida taxpayers.

If SB10/HB761 passes, we’d like to remind the SFWMD of one thing: You must DO YOUR JOB. You are paid by taxpayers to plan enough southern storage so that no stakeholder repeatedly suffers, as the estuary communities have. You have been delaying the storage. We strongly suspect you are shortchanging the storage. So when it is done, if you have shortchanged the storage, who will pay the price? We think that Floridian — and American — taxpayers will agree with us that it should not be America’s Everglades, and it should not be 1 million people who live near the St Lucie and Caloosahatchee Estuaries, but the next time we have too much or too little water, because you didn’t plan for the extremes, because the sugar industry told you not to… sugar cane fields should be first in line for adversity, not first in line for water & drainage as they always have been.