Close
Home / News On The Fly / Step Lightly In Pisgah!

Kevin McGuire (middlemac) wrote and provided photos for the following article, and even though the Forest Service has postponed the controlled burn of the area, there are some good points to ponder as we hike and fish the backcountry since isolated areas sometimes hold more than just those that are using the area for recreation.

What is it with Western North Carolina's Pisgah National Forest, a nationally-recognized pristine trout stream, and nutcases? 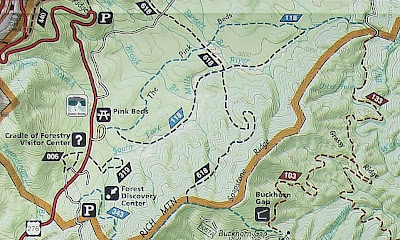 (Map of the Pink Beds area)

Today's Asheville paper reports that up to 400 acres between the Pink Beds campground and Forest Road 476 (the South Mills trailhead) will be the site of a prescribed burn this week to ensure any hidden caches of ammunition or explosives possibly left by a recently arrested fugitive can be destroyed, and the area safely searched. John Joseph Hiles was arrested in late November while hiding in the area since August, meaning those Fiberglass Flyrodders Forum members camping and fishing along the river during the Autumn Clave in October might have said "Howdy" to him along the trail, never knowing his camping gear included a whole lot more than pork & beans, Clif Bars and maybe an overrated graphite rod. The area has been closed to visitors since his arrest. 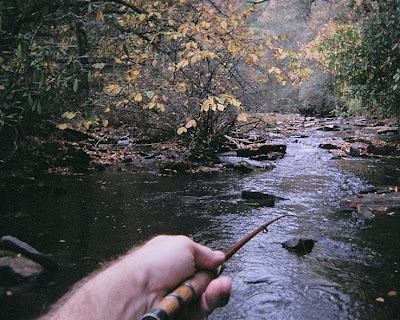 A hike-in feeder of the region's mighty French Broad River, the South Mills has previously figured on TU's Top 100 list and offers abundant wild rainbows, browns and brookies to anglers willing to hike.

The lonely and beautiful South Mills trail (FS 133) was also the location two years ago of the abduction and murder of local hikers John and Irene Bryant. The prime suspect, a drifter named Gary Hilton, is currently in a Georgia jail convicted of the murder of a 24-yr-old woman hiking on a section of the Appalachian Trail. And who can forget ol' Eric Robert Rudolph, who eluded capture for years hiding out in the region's National Forests? 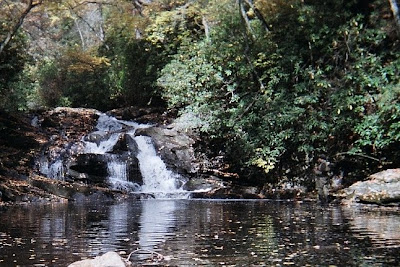 With due care by the Forest Service, a prescribed burn should have limited effect on the streams except as to short-term aesthetics... explosives, that could be a whole different matter.

To follow what happens next with the Pisgah National Forest prescribed burn visit www.citizen-times.com.