"Strange Brew" On The Family Pond

Early last summer Phil Croff of Croff Craft Custom Driftboats & Guide Service gave me a call saying that he was working on something cool with a new design centered over dropping a cedar built frame over a raft.  I watched this design coming together through text messages and Facebook and this raft, dubbed "Strange Brew", has been his guide boat over the past several months. 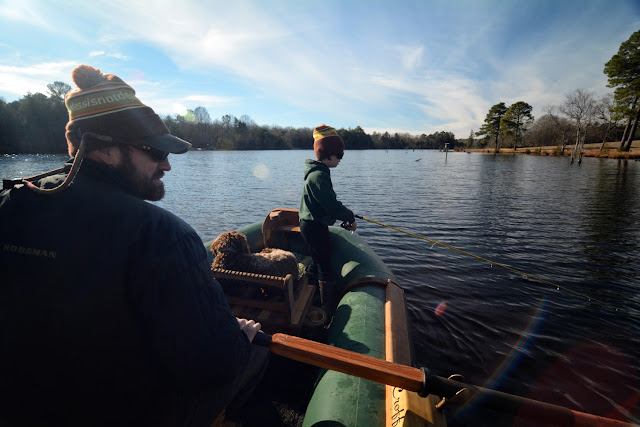 When Phil arrived at our house on Saturday afternoon, the raft was full of snow from traveling through Tennessee to South Carolina it was it was tough to see all of his handiwork in the built of this raft frame.  Sunday morning we ran into town to pressure wash was much snow, ice, and grit off the boat and trailer and then finished things off with a few buckets of hot water.

Once cleaned up, we figured that it would be fun to drop "Strange Brew" into the family pond for a couple of hours even though it was only in the mid 30's.  I figured at least the pickerel might come and play and a few did with hard follows and then one hook up right before coming off the water. 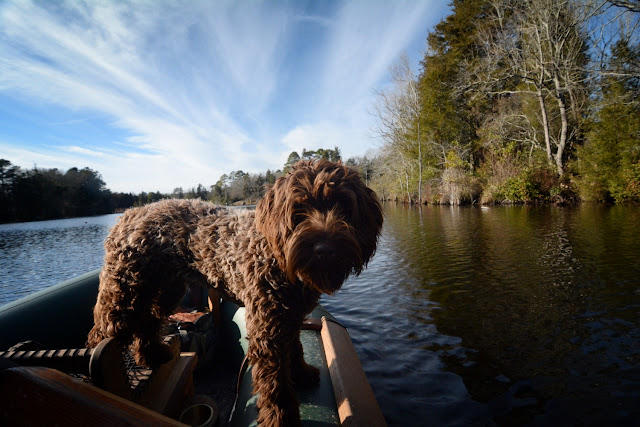 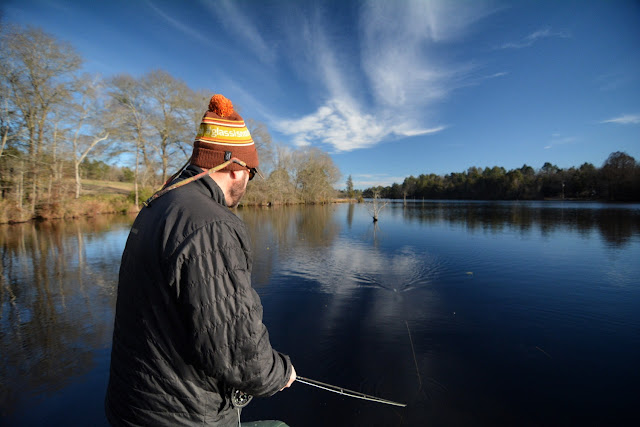 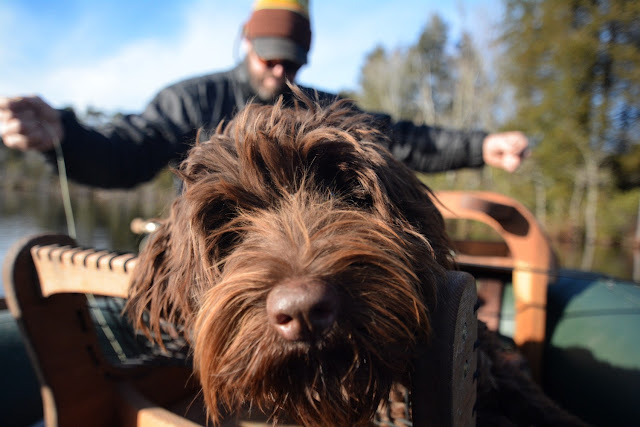 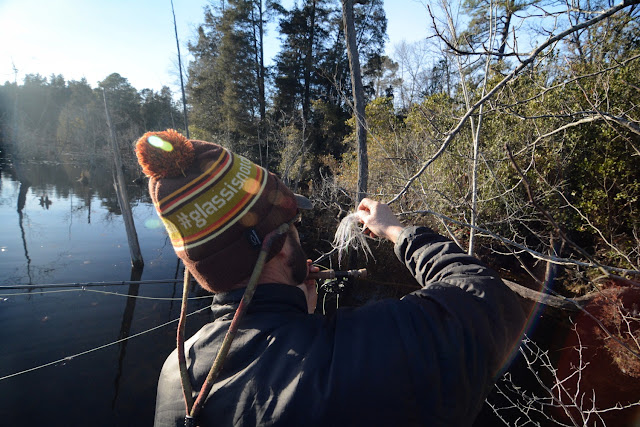 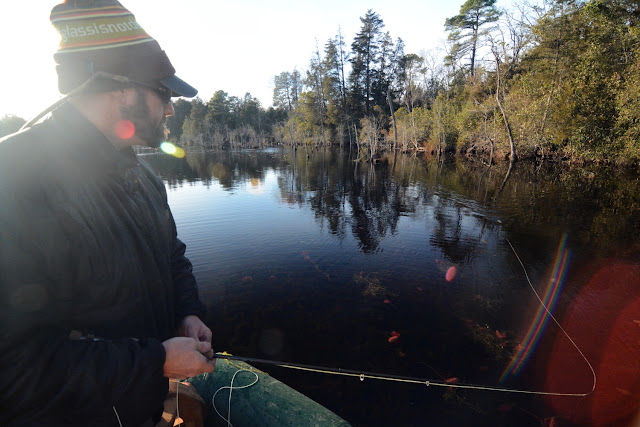 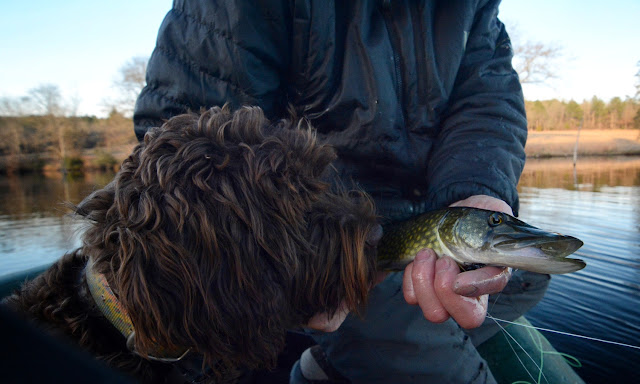 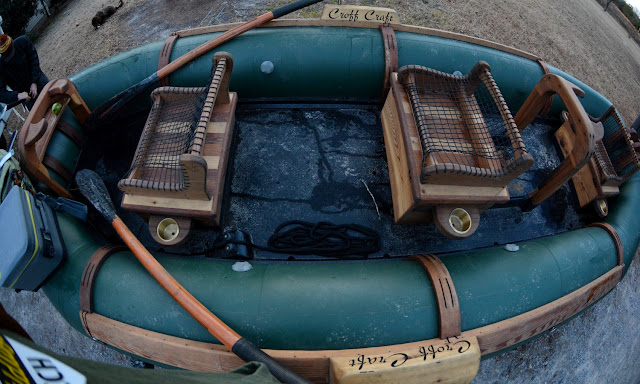 "Strange Brew" is certainly a cool idea.  The hard floor is genius and makes the raft experience so much better than your feet getting wet on a soft squishy floor.  The fifteen foot raft has a lot of interior room, moves good on the water, and Phil's craftsmanship is always top notch.

We'll be getting "Strange Brew" wet some more on Philly's trip through South Carolina with a float tomorrow on the Saluda River with Saluda Valley Guides.

P.S.  Don't forget that Phil will be giving talks at Trout Unlimited in Columbia and then in Charleston at Lowcountry Fly Shop this week.  Details HERE.