It's hard for me to believe that four years ago Vince Huttley of Tailor Made by V. Huttley began the "Lucky 7 Oberon Fly Reels" in his shop in Australia.  Life for Vince had changed a lot over the years and his time has been pulled a lot of different directions with work, marriage, a child and everything else that life brings.  Thankfully, he never gave up on this limited edition series and with this post, this build series ends. 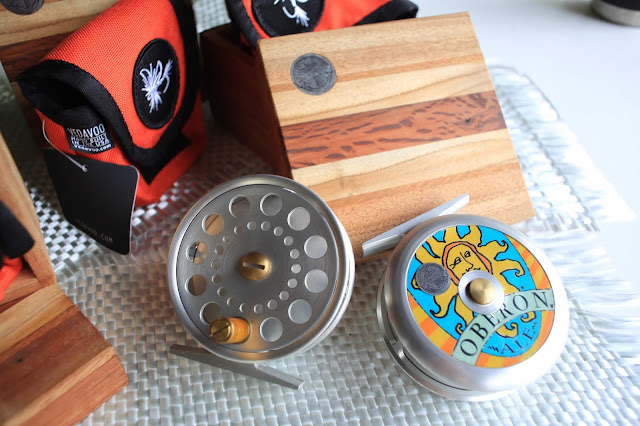 You can revisit the previous "Lucky 7" posts by clicking on these links...

In Part 6 we see this project finished and these fly reels are ready to get out on the water, hopefully with a cold can of Oberon not too far away.  Speaking of, this year's release from Bell's Brewing Company is just a couple of weeks away so this is timely this with the wrap up. 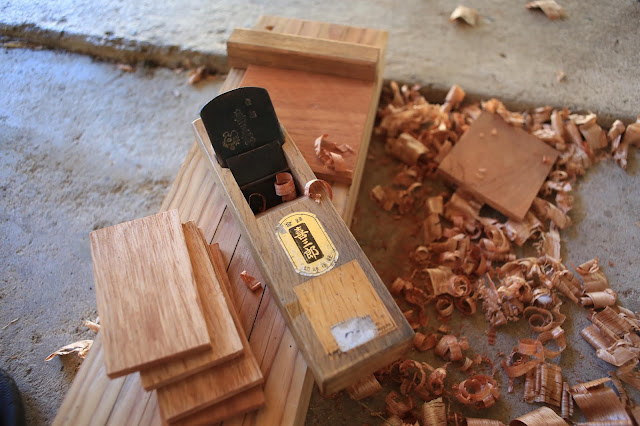 Vince wrote...  "So this is the two year and long awaited last build log.  For this, I've added a tip of the hat to the glass rod culture by adding CTS Quartz blank samples into each of the handles on these reels and mounted them on brass bushings.
Then it was time to fab up the boxes and with my trips to Japan over the years, I've accumulated a good little toolbox of carpentry tools so this was the perfect excuse to put them to work while repeating the mantra of "#toolnotajewel" in my head.
All the timbers in the boxes are either cut from trees myself or from friends locally and have a good mix of Australian red cedar, mahogany, mulberry and my fave, the hairy oak.  Cam was good enough to arrange with Scott at Vedavoo to make some kick ass trip reel cases in orange and black that really set the scene well!
So that's it.  Nearly four years and six posts on how to build a reel and a few slick boxes.  As the old saying goes, "A picture is worth 1000 words",  and it is best to refer to each photo for a better example than that of my dribble.
The next million dollar question is when will I be getting back into the swing of things?  Who knows.  I've currently got a big project under way that I've been keeping close to my chest so that will float things along.  I definitely haven't quit but there are only so many hours in the day.
If you're interested in one of the last few Lucky 7 Oberon Fly Reels, flick me an email and I'll do my best to reply in a swift manner as I have a few left." 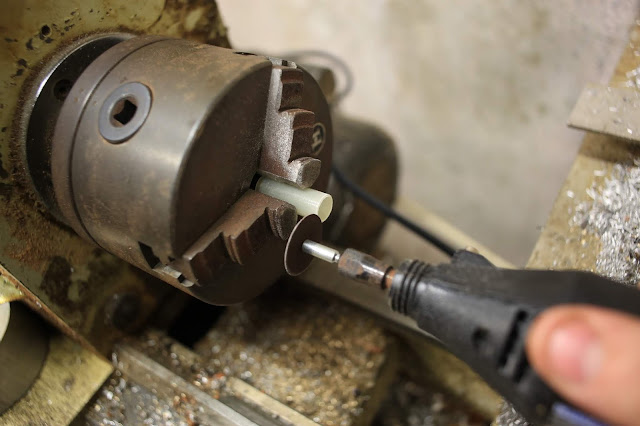 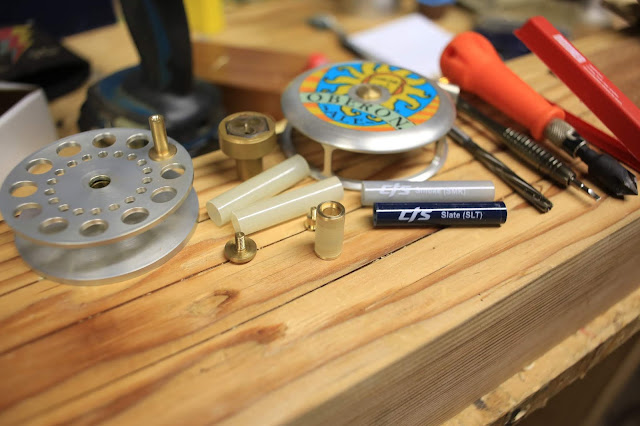 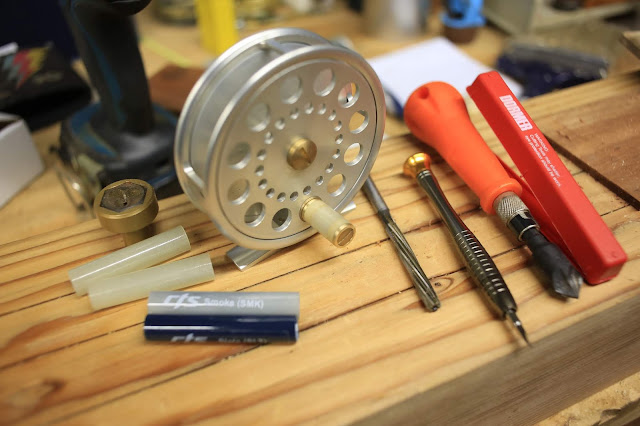 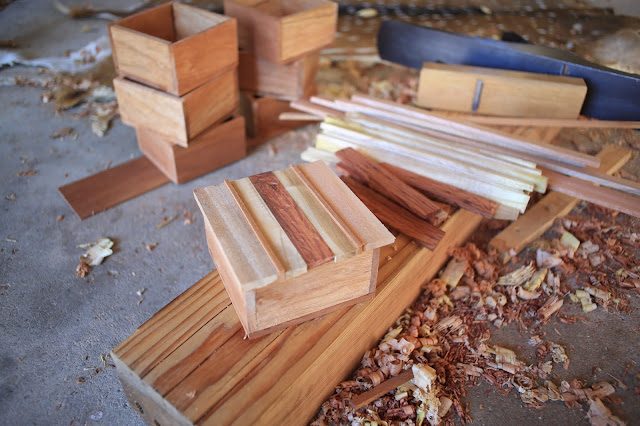 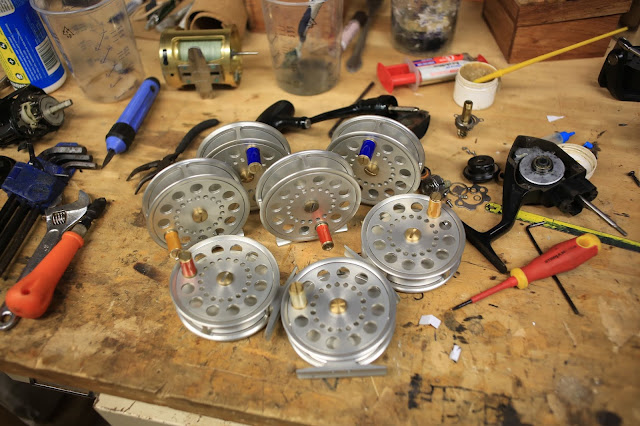 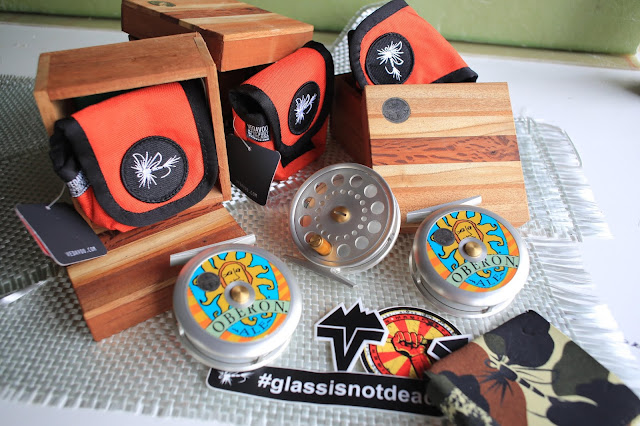 I wouldn't expect that the remaining few "Lucky 7" fly reels to stick around long, so email Vince much sooner than later if you're interested.  Mine is one of my most cherished piece of kit that I own.
Follow along with the latest shop news on the Tailor Made By V. Huttley website as well as Facebook and Instagram too.