Close
Home / News On The Fly / The B.I. Chronicles - The First Time Is Grand

The B.I. Chronicles - The First Time Is Grand

The week on Beaver Island was winding down and at breakfast everyone discussed who they had and had not fished with yet.  As quasi host, I paired Mike Rennie and I up and since he hadn't caught a carp yet (but done crazy good on smallmouth and pike) I figured a day with Captain Kevin Morlock fully focused on all things carp would turn things around.

As with every morning after breakfast, there was a scramble to get back to The Fisherman's House, sort gear, fly rods and reels, and then head to the boats with the guides waiting to go.  As we were leaving the harbor Captain Morlock wasn't quite sure how far out we'd explore since there was some possible weather moving in later in the day and might make for dicey conditions getting back. 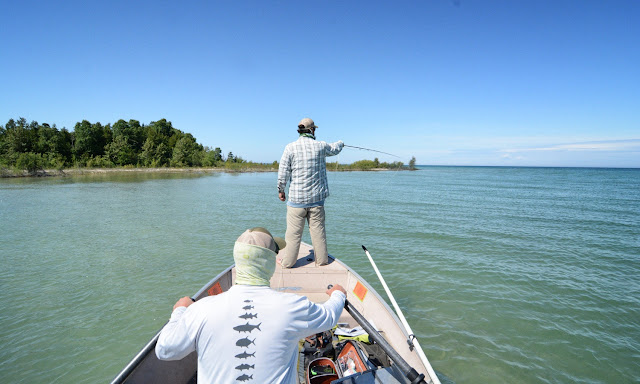 It only took a few minutes for the carp to show themselves on the first flat we pushed up on and Captain Kevin Morlock quietly gave instructions to Mike as he stripped out line and prepared to make a presentation to a solid carp that was slow cruising right to left and moving into range.  Mike laid out a great cast (ahead and past), let it sink to the bottom, and waited to strip the fly across the face of the carp.  As the fly moved in front of the carp, it quickly turned to follow the fly, a short lunge forward to eat, and then turned to take off.  The sequence of events happened so fast that we weren't sure if it was a bad knot (which I tied) or too much pressure on the strip set, but moments later Mike reeled in a pigtail end to his tippet.  Disappointing but invigorating at the same time as he was that much closer to catching his first Great Lakes carp.

The rest of the day was spent in and out of the boat and we moved around to several different areas.  The focus was finding warm water but there are times where a congregation of carp can be found in places that you would never expect.  Carp can be weird that way.

I really wanted Mike to catch his first carp and I spent the better part of the day sitting on the poling platform looking for carp coming in from the opposite direction of where Captain Kevin Morlock and Mike were looking.  I enjoy seeing an angler figure the carp game out and I was having a good time calling out possible shots from the high seat.  Mike was putting all the puzzle pieces together and I figured he'd catch his first on his day. 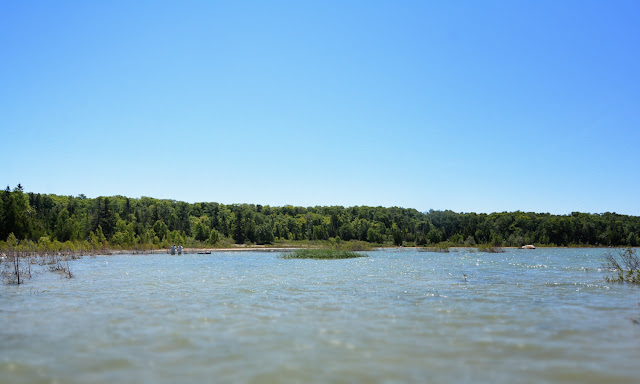 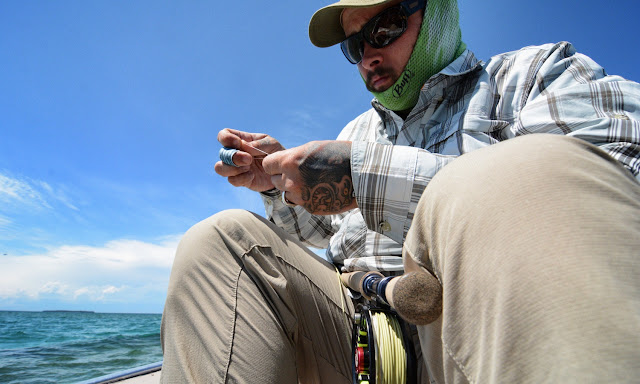 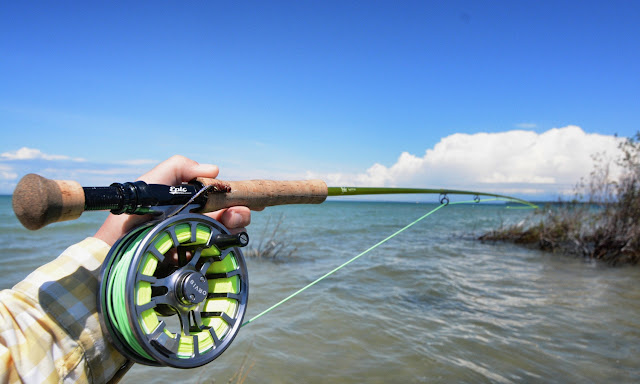 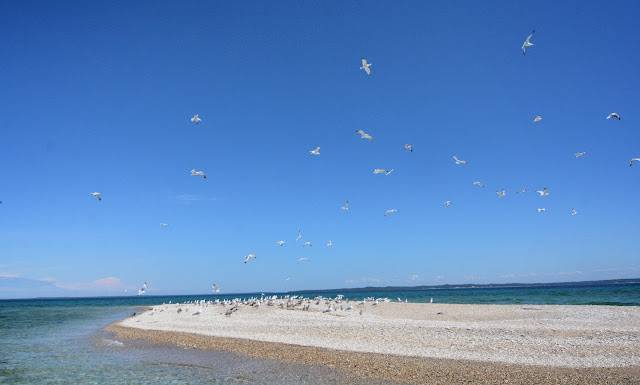 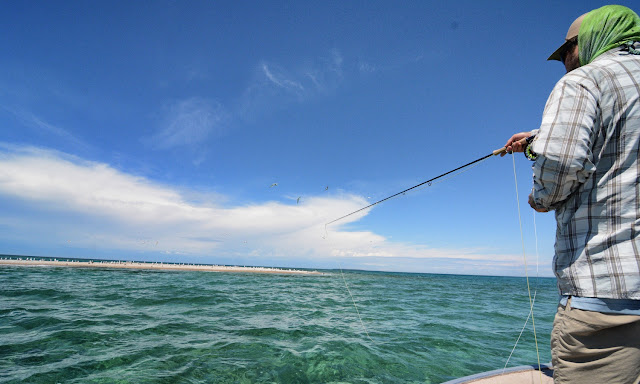 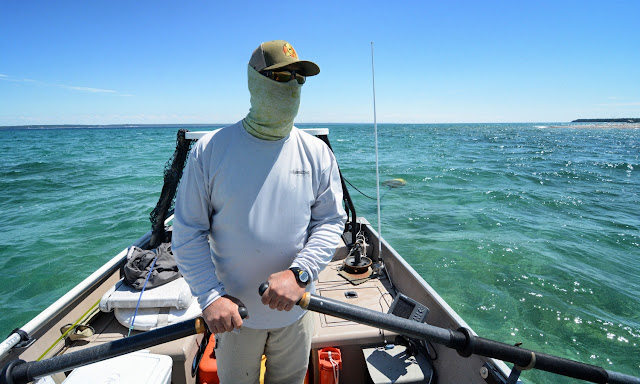 As late afternoon was coming a change of weather was in the mix.  Huge dark clouds were moving towards us from the east and we started to motor back towards the harbor but not before stopping at one more long flat.  Captain Kevin Morlock asked if I wanted to jump out and walk the grass as it was possible there were quite a few carp that had pushed into the warm water there.  He wanted to give Mike a few more good shots at his first carp.


I hadn't walked away from the boat for five minutes when I heard some loud whoops and hollers from Mike and looked back over to see his fly rod doubled over.  The laughing and yelling continued for several more minutes until his first carp made it into the net.  SUCCESS. 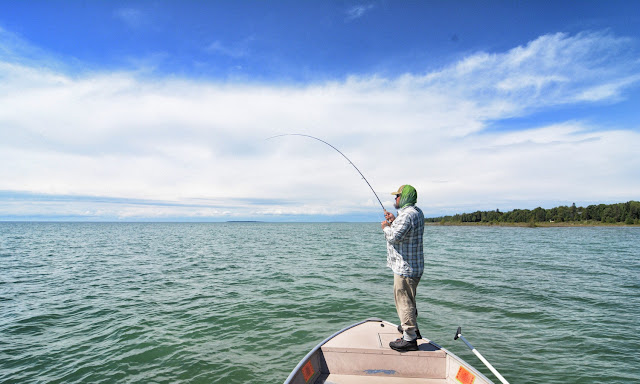 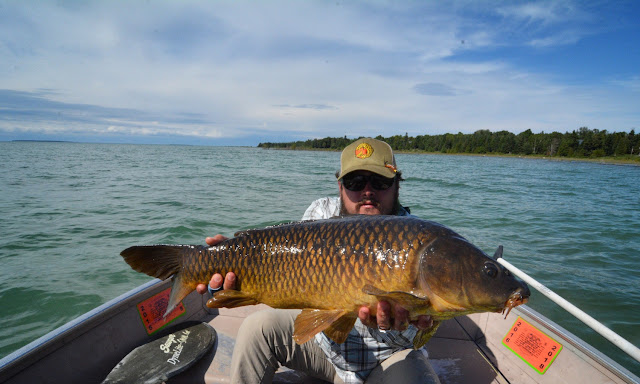 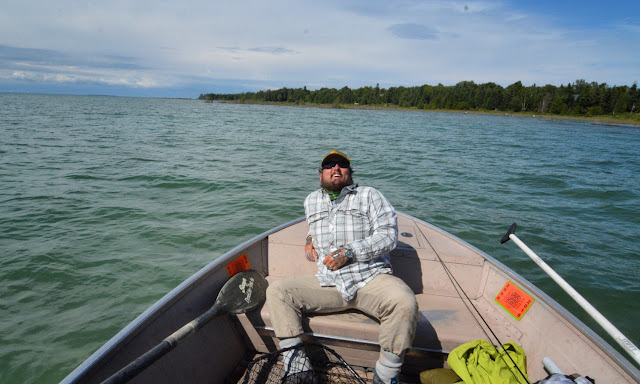 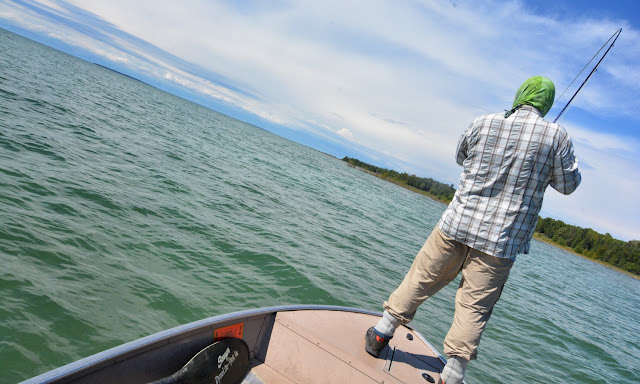 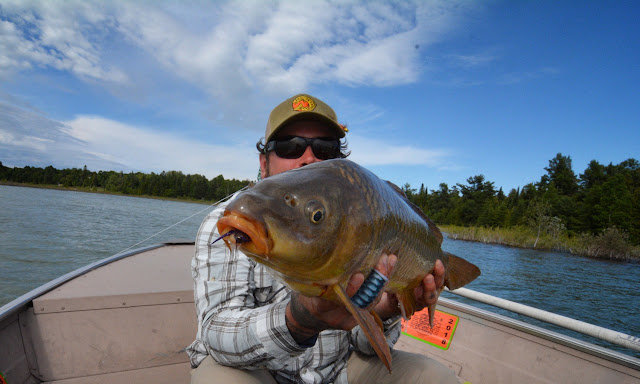 Mike didn't waste any time and got right back on the bow to present to another carp that gobbled up his fly as well.  He went from "carpless" to "carpfull" in just a matter of minutes.  His happiness was unmistakable as we motored back to the harbor with dark clouds and wind following us home.  This had been a very good day and we had gotten back just in time.  We were in for a stormy evening and winds that would continue into the next day.