Close
Home / News On The Fly / The B.I. Chronicles - This Year's Crew & The Flight Over

The B.I. Chronicles - This Year's Crew & The Flight Over

I know that I've been a little late rolling out the posts from Beaver Island but I came back to a lot going on at work and home.  I will say that going through the photographs day by day has been a nice respite and further confirms what a special place the island is.

For the past six years I've been making trips to Beaver Island to fish with Indigo Guide Service.  The very first trip was just for the day, the next year was three days, the next couple of years were five days, and then last year and again this year the trip ended up being a full week.  Being on the island for seven or eight days really allows you to get into the rhythm of things, decompress completely, and not get too upset over a weather day or two.  The winds blow.  The waves get wicked.  It happens.  There's other days to fish and there's ways to stay amused on weather days. 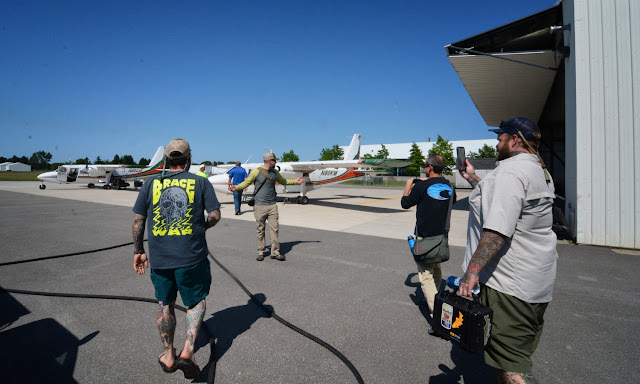 I have a pretty deep working list of friends who have been jonesing for a trip a Beaver Island and this trip was a mix of good sticks with a photographer, two tattoo artists, a writer, and industry friend.  There are five open spots on these trips and it's good that it's typically never tough to fill the trip months in advance.

Photographer Alex Landeen and I took a trip together a couple years ago and fortunately he jumped in again.  Alex is a lot of fun and having a real photographer along always makes me realize how far I still need to go with my own photography.  I pick up a few tricks and it's always good to see how each photographer works.

Danny Reed owner of Hot Stuff Tattoo and Crooked Creek Holler and Mike Rennie of Absolute Art Tattoo were the "Artists in Residence" for the week and it'll be interesting to see what inspiration Beaver Island life will give their art.  Danny and Mike fish a lot of places together and Beaver Island has been on the list for some time.  It was great to see each of them catch some of the greatest carp, smallmouth, and pike of their lives on this trip.

David Grossman, the beloved (some call him a "Regional Treasure") and always unpredictable half of Southern Culture On The Fly, made the trip and whatever drug he took to quell the anxiety of flying didn't really work.  Fortunately it's only about fifteen minutes in the air from wheels up to touch down.  I learned a lot about David on this trip and for whatever reason whichever boat he was on had the lucky hands with some phenomenal fish caught.  Maybe he's just that damn good.

There are a lot of carp freaks that make the trip to Beaver Island but maybe none as excited about it than Tim Daughton from The Orvis Company.  Tim used to be in product development and most recently worked on the Sonic waders and Access wading boots.  For a change of pace and taking advantage of new opportunities, he's now working with the seventy odd Orvis retail stores.  Tim was first up each morning and though he begrudgingly caught a few smallmouth and pike, he's real focus was carp. 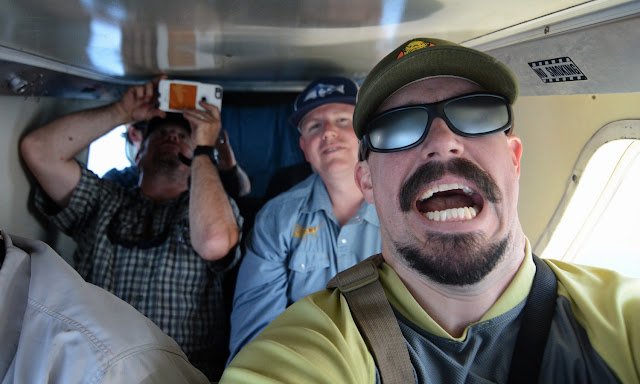 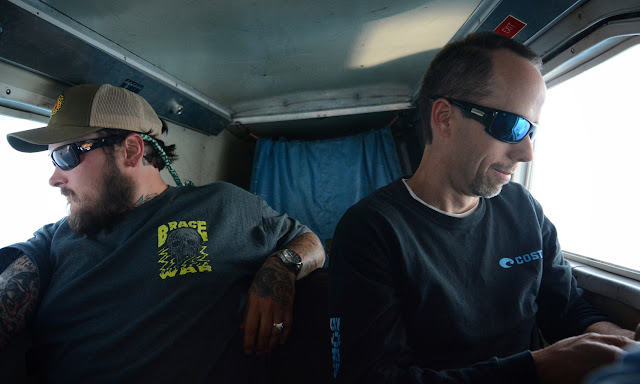 The flight over to Beaver Island from Charlevoix with Island Airways is always easy.  Park the car, buy a ticket, load your gear on a cart, and walk out to the plane to have the pilot point out where he wants everyone to sit to keep things in balance.  The engines start and moments later we were in the air flying high over Lake Michigan.

On our flight over we had clear conditions with great visibility.  Everyone was able to get a good view of where we'd spend the next week.  There's always a lot of anticipation for this trip and the flight over never disappoints.  The clarity of Lake Michigan and the Beaver Island archipelago are an impressive sight from the air. 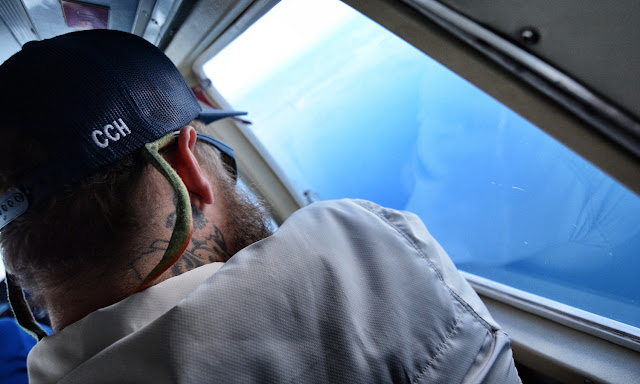 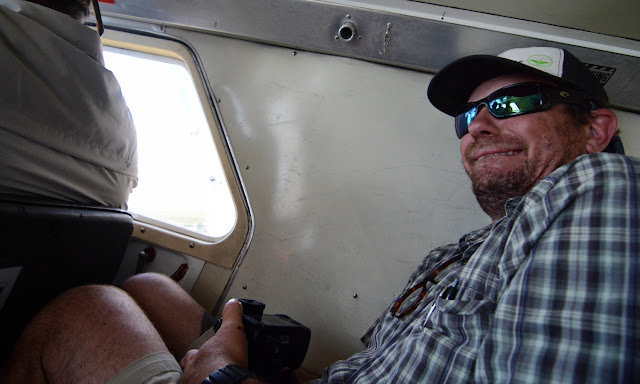 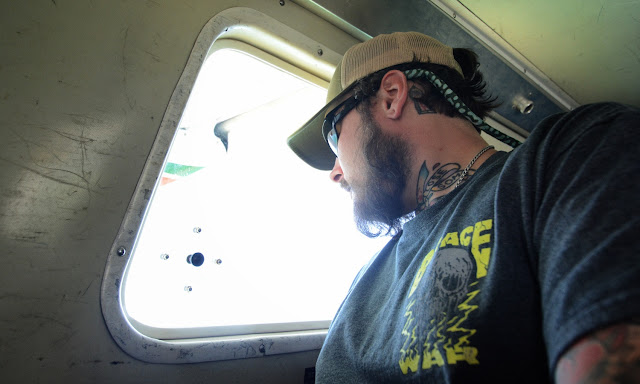 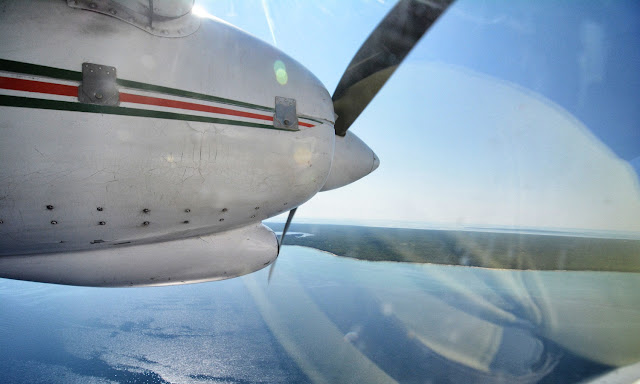 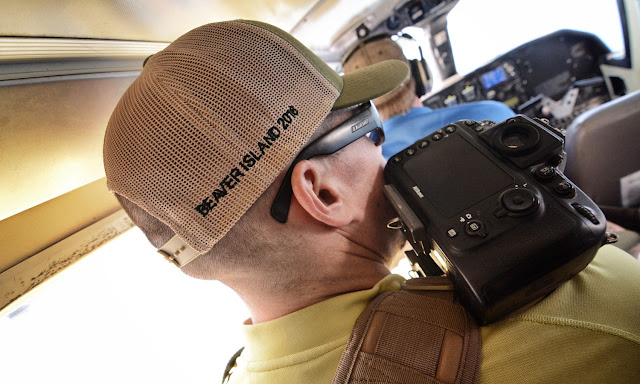 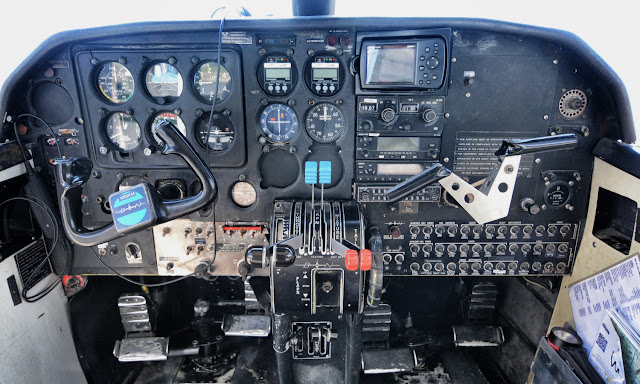 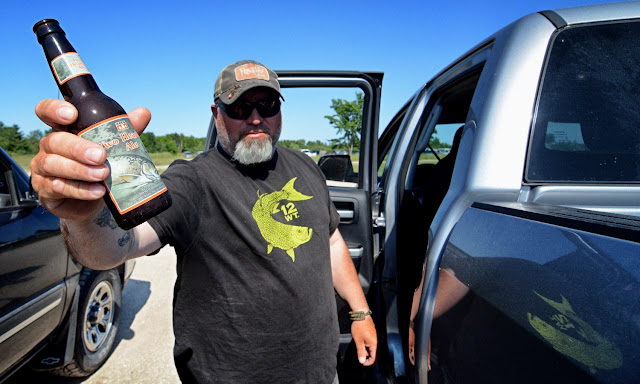 Up and across Lake Michigan, a quick approach to the runway at the Welke Airport, and the plane made a wide circle at the front pad of the airport.  We found the fellows from Indigo Guide Service waiting for us at the edge of the parking lot with tailgates down and a cold brew in hand.  Let's get this carp party started.