While laying in bed I could hear the winding ripping through the trees outside.  Damn.  I got up and showered, dressed, and walked to the bakery a few minutes later for a coffee and to meet everyone for breakfast at 8 a.m.  There were whitecaps in the harbor and I was already figuring that we were going to have to scratch the day for weather.

While the group ate breakfast, the Captains from Indigo Guide Service hopped into Kevin's truck and went for a short drive to see what open water looked like, listen to the forecast again, and make the decision of which way the day would go.  Everyone was figuring it would be a weather day and since the day before had been so stellar, no one was complaining.  Weather happens when you're on an island in the middle of a gigantic lake.  Sure enough, the Captains returned as we were finishing breakfast with the verdict that the waves and wind were too much to mess around with. 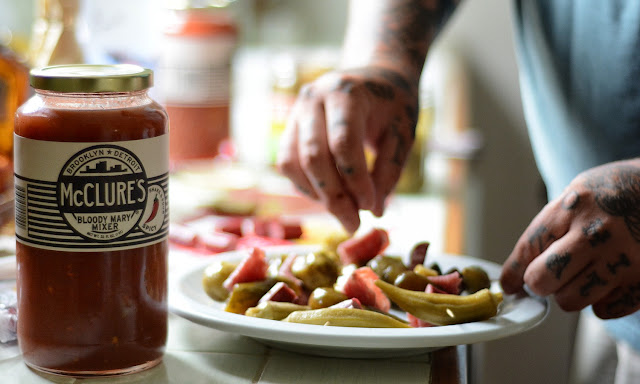 We walked back to the house to figure out what to do with our day.  It didn't take too long for Danny Reed to get a good idea.  Let's make Bloody Marys.

A quick walk down to the grocery store for provisions and then back to the house to put everything together.  Mike Rennie fried a pan full of bacon while Danny skewered the okra, pickles, brussel sprouts, salami, olives, and meat sticks to laid over the top.  Celery was cleaned and cut.  Danny poured the McClure's Bloody Mary mixer into the pitcher with a few drops of Tabasco and Worcestershire added for flavor.  Vodka added for those who wanted vodka.  The pint glasses were rimmed with Old Bay and seasoning salt and it wasn't long before Danny was pouring everyone a drink.  What a drink it was.  Full of flavor and really, more of a meal than a drink. 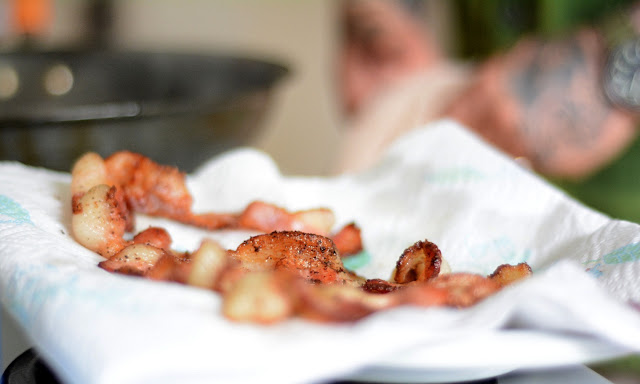 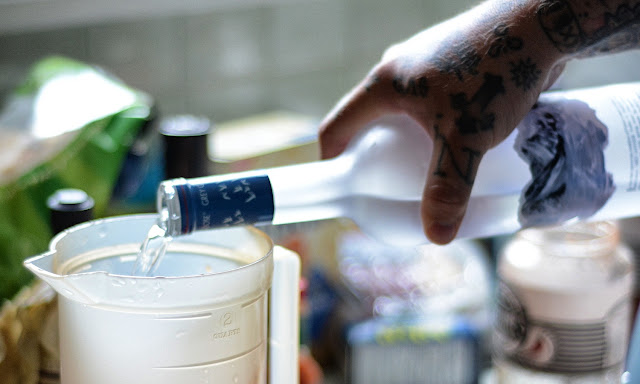 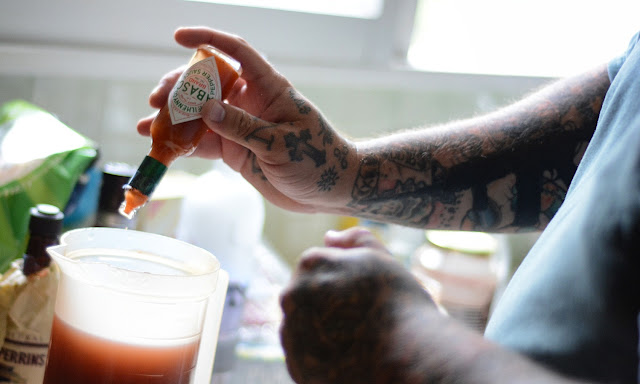 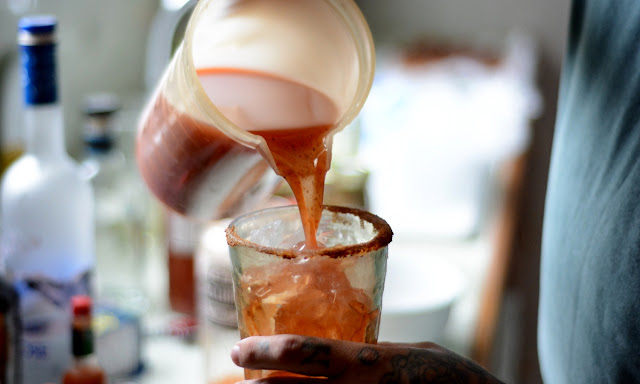 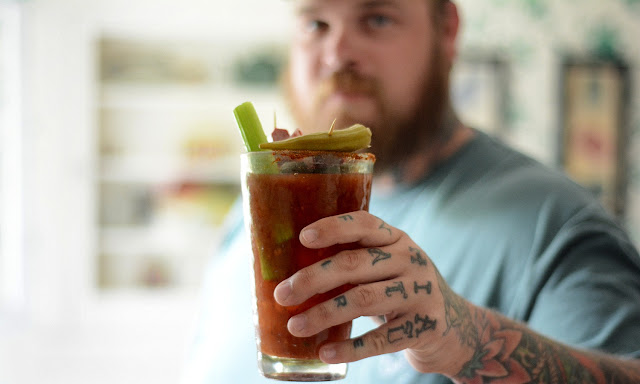 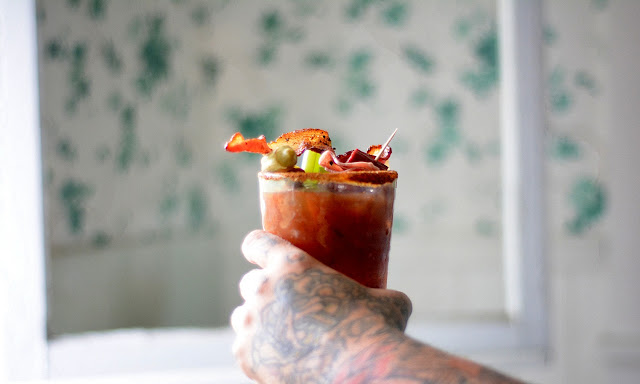 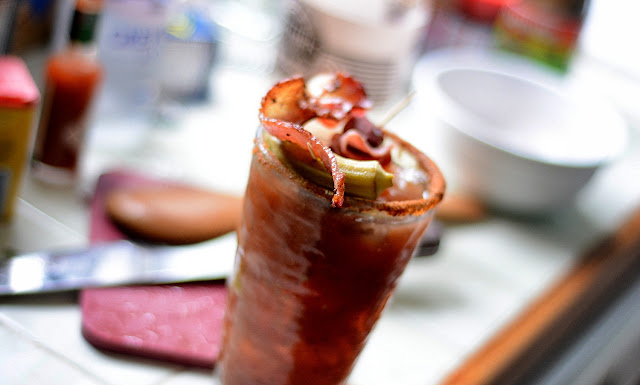 Weather days on Beaver Island ain't so bad but it was only 10:30 a.m.  What were we going to do with the rest of our day?  We'd figure something out.