The last half (read Part 1 if you haven't already) of our annual trip to Beaver Island, Michigan with Indigo Guide Service and STM Outfitters involved a crew change with new friend Jo Bode and author Tim Shultz of Madness and Mayflies trading spots with one headed home on the same plane that the other arrived on.  We continued to have decent to excellent weather each day with a mix of carp, smallmouth and pike all coming to our flies.  It's Beaver Island and the days all kind of melt into one.  Most of us were there for eight days but the end of the trip certainly came too quickly as it always does. 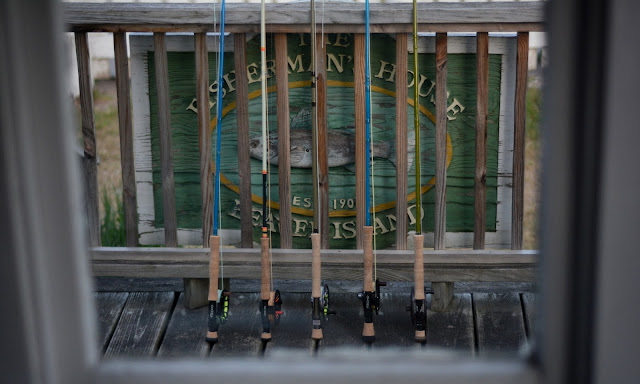 If take a deep dive to look over maps of the islands that surround Beaver Island, you are likely to find interior ponds and lagoons that for years (maybe decades) had been bone dry.  These areas had been reclaimed with native grasses, shrubs and woods.  As the lake levels of Lake Michigan have rose significantly over the past three years, water has pushed the shore line back and it refilling these areas.  Small islands which dot the area are either completely underwater or have lost considerable size.  As Lake Michigan freezes each winter there are points and areas of shoreline where the ice has more or less sheared the grass and small stands of trees from their roots leaving clean rock or mud where grass, shrubs and small trees had been.

Three years ago around many of these areas were dry land and a dense shoreline forest.  Last summer these same areas had inches to a foot of water and this summer we found new shoreline that had been wiped clean of the forest or a pile of uprooted trees had created a labyrinth for carp to hide or warm themselves in the shallow water.

There are no doubt countless carp in the Beaver Island archipelago and who knows how many are resting under grass mats and downed trees on the many many miles of shore line and forests where water hasn't touched in who knows how long.  There were places that we walked into that had a few carp near the shore area but found hundreds hidden deep in the weeds and woods in spaces far smaller than a city block.

Whether climate change has a part or if this is just a normal long term cycle for the lake to rise, these new environments should make for favorable spawning areas for both carp and smallmouth, likely the pike as well. 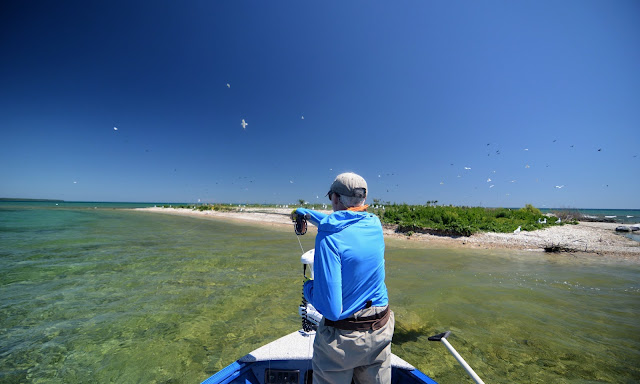 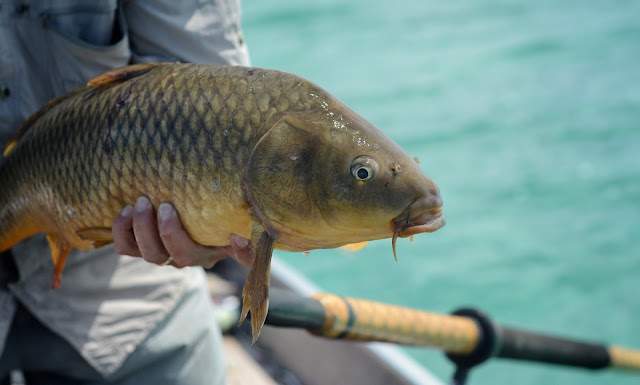 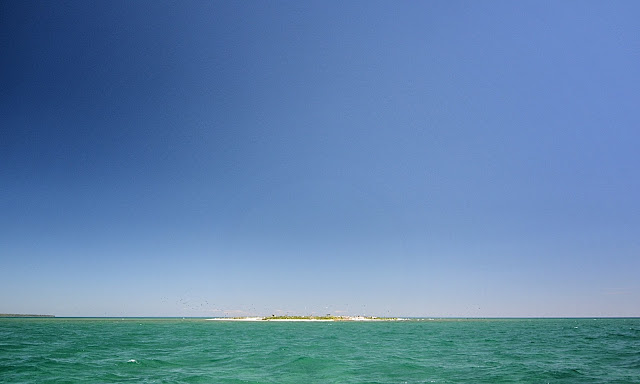 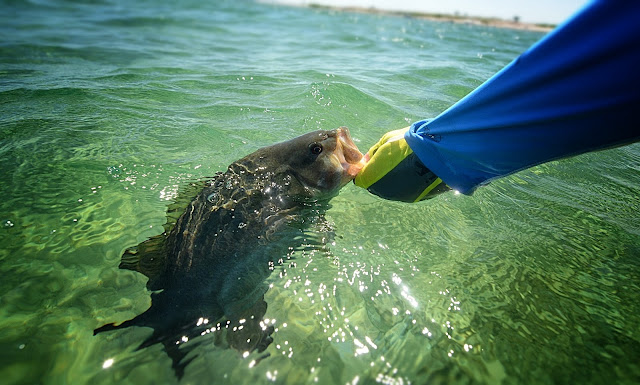 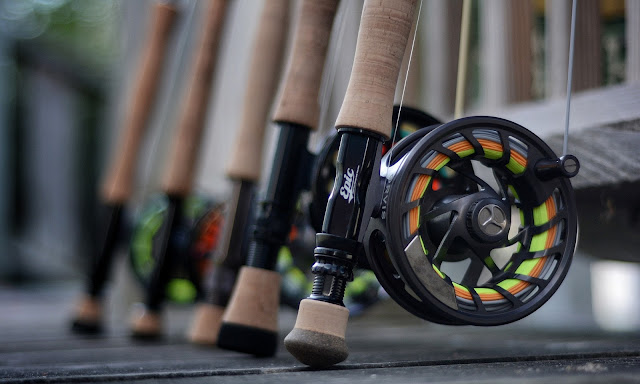 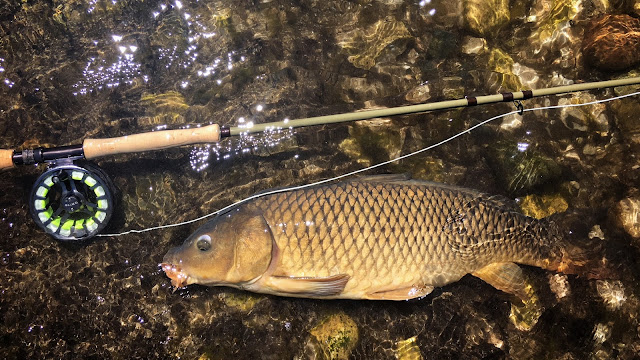 I had a handful of very memorable carp caught on this trip beginning with the carp above coming out of the trees along a shoreline then turn left to nose around in a small rock garden.  I made a long cast to lead the fish and it noticed the floating crayfish pattern when it landed in the shallow water.  It immediately raced over to scarf it down before turning to run out into Lake Michigan.

The next several highlights came from carp tailing in six to eight foot of water around one of the small islands that is typically known to attract them into the shallows.  Of course each of the days that we fished this island the wind and waves were up which complicated the approach and delivery but getting an several eats from a deep tailing carp is always a blast.

There are a lot of ways to catch carp around Beaver Island but cruising and tailing carp are my two favorites. 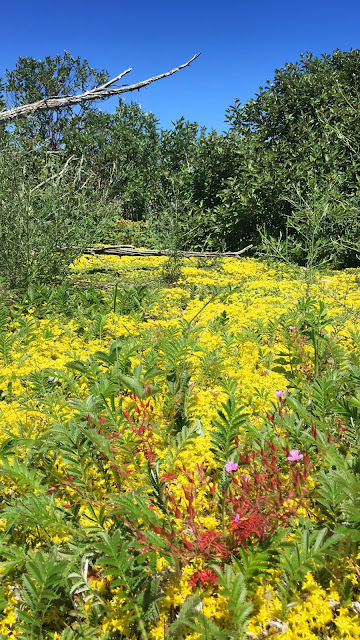 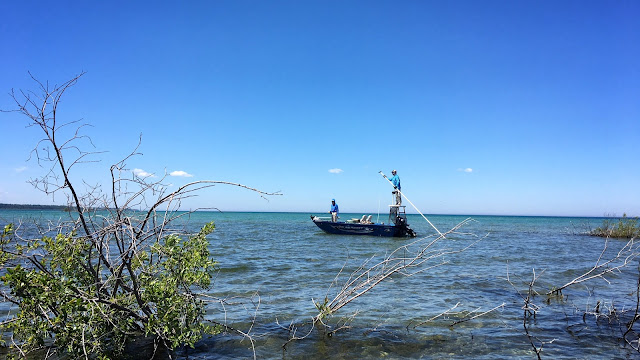 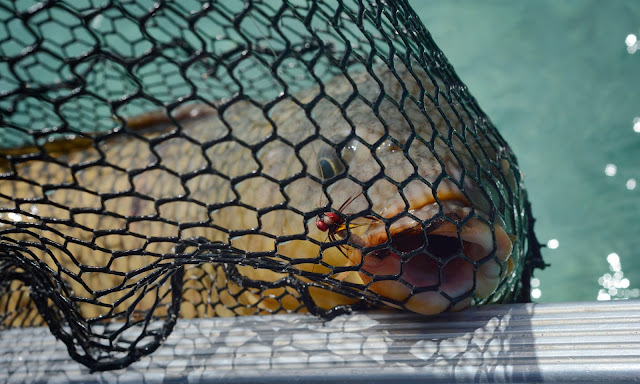 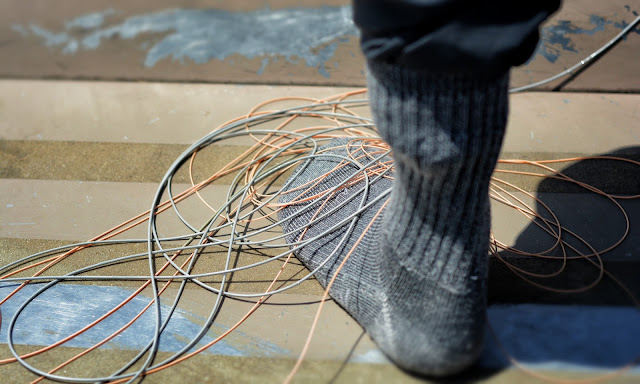 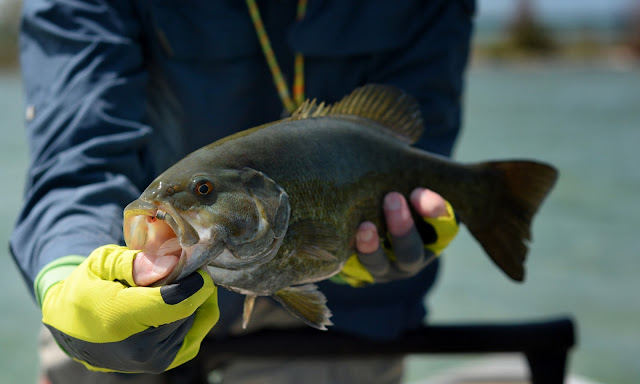 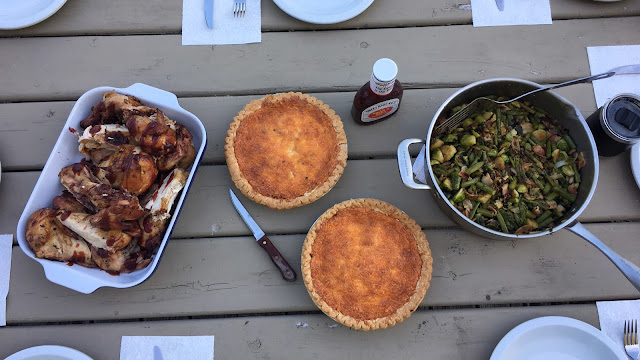 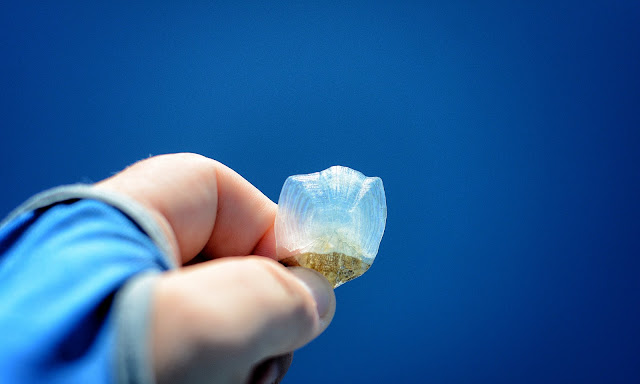 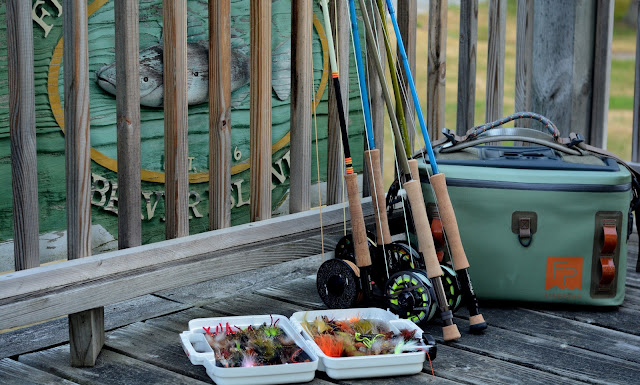 My dates are already set for next summer and I'm already looking forward to getting back up there.  The island, the fish, the people, the history and everything else that makes Beaver Island special calls me back year after year.

As you are reading this, Captain Steve Martinez is already off Beaver Island and Captain Kevin Morlock will be off sometime this week as their summer season comes to a close and they kick of their program on the Pere Marquette and surrounding rivers soon.

It's not too early to start thinking about getting a few days Beaver Island days on the calendar.  Visit the Indigo Guide Service and STM Outfitters websites and follow along on Facebook and Instagram too for more information to or make your plans for next summer.