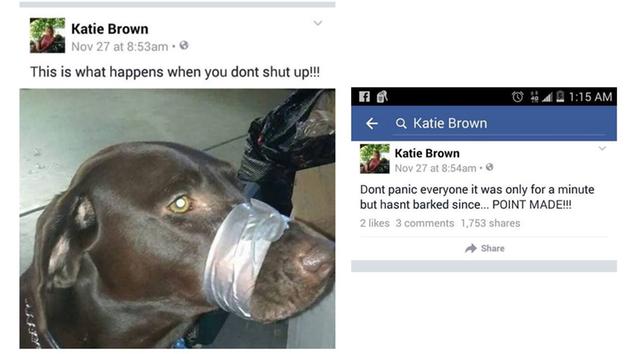 A woman who posted a photo of her dog with duct tape around his muzzle on Facebook was found guilty of animal cruelty in a North Carolina Court. Katharine Lemansky claimed that she taped. . .